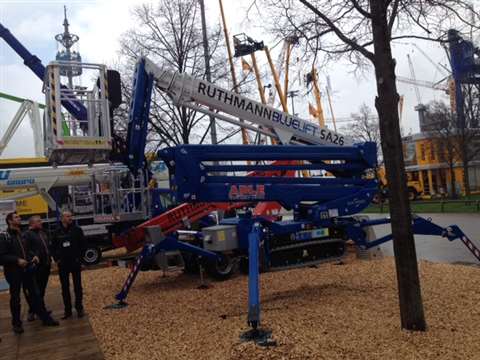 Bluelift has been renamed Ruthmann Bluelift following its majority buyout by Ruthmann.

Under the arrangement Germany-based Ruthmann has taken a 60% share in the group, with the Marti family holding the remaining 40%. Its name will be changed to Ruthmann Italia, which will work from the existing plant in Italy and hold on to its existing sales and service network.

Ruthmann said its premium-priced truck mounts do not attract high sales numbers in emerging nations such as India, China and Mexico, and it had been looking for a truck mount manufacturer to provide lower-priced, more basic machines to these areas.

As a result of the partnership the Ram name will no longer exist and its products have been renamed as the Ruthmann Eco line. The new line will include a telescopic series from 16m to 18m working heights and a 20m working height articulated range, most of which will have a 3.5 tonne GVW.

Ruthmann said it also wanted to return to the track mounted market after dropping its crawler-based product portfolio some 15 years ago yet receiving requests from customers for this type of platform over recent years. The well-known Bluelift name will not be dropped, instead it has been rebranded Ruthmann Bluelift.

The only difference to the sales and service arrangement will be that Ruthmann Italia products will be distributed in Germany and Austria through the German-based headquarters. All Bluelift and former Ram products will be produced in Italy.