Sales down again at Manitowoc 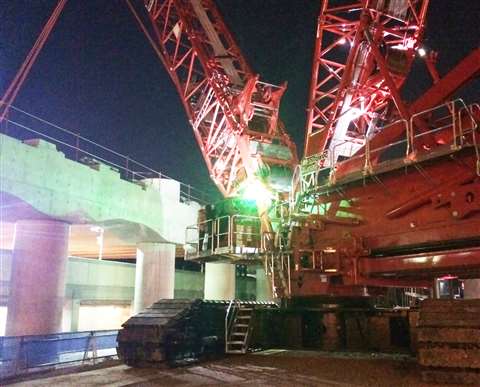 Commenting on the results, Barry Pennypacker, Manitowoc president and CEO, said, “We are very pleased with our second-quarter performance as we made considerable progress in consolidating our manufacturing footprint and reducing the cost of our organisational structure.”

Pennypacker continued, “In the second-quarter we have seen order improvement in most product categories except lattice boom crawler cranes. We have experienced pockets of improved demand in specific markets like the Permian and Eagle Ford basins in North America. European markets continue to experience moderate growth, mainly in residential and non-residential construction markets, partly offset by continued weakness in the Middle-East.”

For the full year 2017 Manitowoc forecasts revenue to be down by between 5 and 7 %, year on year and adjusted earnings before interest, taxes, etc. (EBITDA) of between $59 and $69 million.