Samoter takes to the road 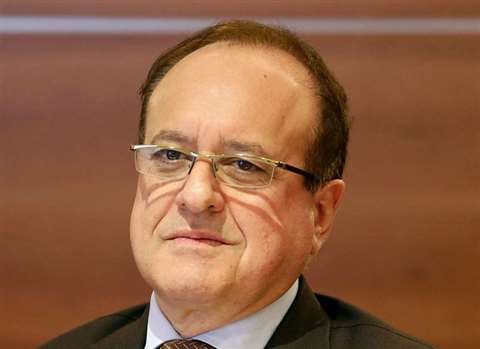 The 30th Samoter show in Italy is being promoted by a roadshow, which is visiting Apulia, Sicily, Calabria and Liguria, starting this month and ending in December.

Veronafiere, the company behind Samoter, said the meetings would give an opportunity to take stock on maintenance work performed in local areas, together with the Civil Protection Department, fire brigades, public institutions, universities and sector professionals.

It said that according to a report from the Italian National Institute for Environmental Protection & Research (ISPRA), 7,100 local council areas in Italy were at risk from landslides and floods, affecting a total of 7 million inhabitants. It said that in recent years, out of 700,000 landslides in Europe, 500,000 had occurred in Italy.

Samoter said that a large part of combating hydrogeological instability involved prevention, and that this was why it had opted to dedicate significant space to technological solutions in response to environmental emergencies.

In the run-up to the 30th edition of the event – which will be held in Verona from 22 to 25 February, 2017 – the roadshow starts in Bari, on 23 September, before travelling to Palermo on 14 October, Catanzaro on 18 November, and Genoa on 2 December.

The meetings will focus on the debate concerning environmental safeguards, and Samoter pointed out that good maintenance cost ten times less than repairing the damage.

Giovanni Mantovani, CEO and director general of Veronafiere, said that with almost 900 sites underway in Italy to combat hydrogeological instability, and government funds coming to €1.3 billion allocated through an initiative called #italiasicura, development of the earthmoving machinery market specialising in such works could be envisaged.

He said, “This is an opportunity that Samoter seeks to grasp together with companies, in the knowledge that the role of an exhibition is not limited to the show as such, but must be increasingly tailored to the real needs of business, training and updating of sector operators.”

The four events scheduled in the Samoter roadshow, developed with the support of Mediacom Acn, will include the involvement of the Civil Protection Department and fire brigades, as well as architects, engineers and geologists, alongside regional and local institutions, universities and technical schools.

Samoter said it would also be a chance to present the business activities, initiatives and incentives for the 2017 show and, in particular, concessions as regards travel costs for visits by groups of operators from regions in central-southern Italy.

Klubb to launch highest van mount at MATEXPO
The KT18PZ, to be launched at MATEXPO, is mounted on a Mercedes Sprinter 5T and has a working height of 19m
Latest News