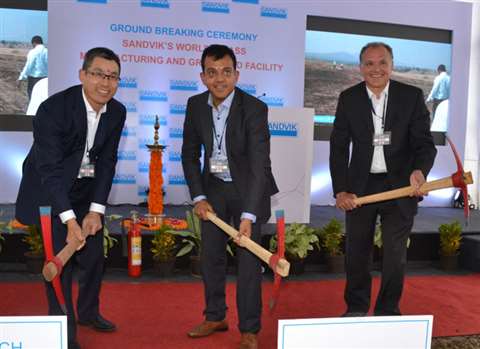 Sandvik has broken ground on a new US$ 45 million factory and R&D centre in Chakan, part of the Maharashtra Industrial Development Corporation (MIDC) Industrial Park near Pune, India.

The facility on Sandvik’s 54 acre (21.9 Ha) site is expected to be operational by the end of 2016. Sandvik added that it planned to make further phased investments in the facility over the next five years. A company statement said, “ The new world-class manufacturing facility will help the company further innovate and create solutions for India’s emerging needs under the visionary ‘Make in India’ initiative.”