German crane rental company Krandienst Schuch has replaced an old Demag AC 40 City crane with a new version of the same crane. According to Demag, part of the Tadano Group, the company plans to use it for lifts that have limited space, as well as handling machinery and prefabricated homes and assembling high-pressure press systems and other jobs that require lifts in limited space.

“I operated the Demag AC 40 City for several years so I’m perfectly familiar with the quality that characterised every single aspect of it. I also know that the new AC 45 City is even better at a bunch of things,” said Schuch crane operator Dieter Hirsch who picked the crane up from the Demag AC 45 City factory in Zweibrücken, Germany. 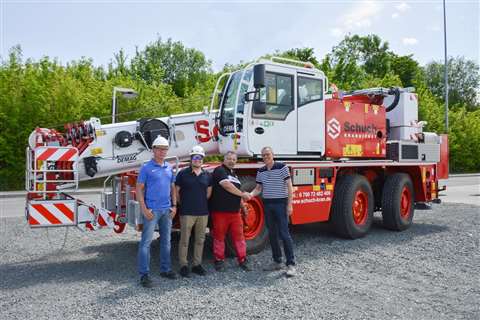