Seven into one goes for Wacker Neuson 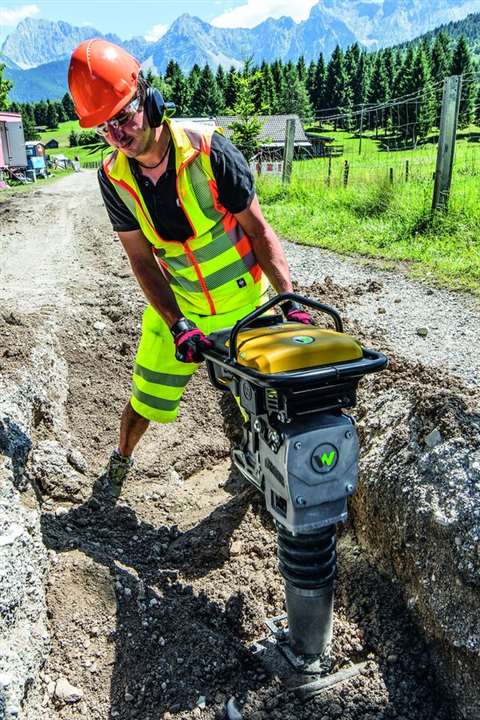 Wacker Neuson has extended its options for emission-free compaction, with seven pieces of equipment from its range now operable with the same modular lithium ion battery.

The batteries have been specially designed for heavy-duty construction work and Wacker Neuson says they provide enough power for the requirements of an average workday on a single machine.

Furthermore, operators can now replace the discharged batteries with a new one within seconds.

Wacker Neuson also recently extended its range of rammers with the new battery-powered AS60e, which, it says, offers energy cost savings of up to 55% over petrol-powered equivalents. Additionally, the engine is maintenance-free.

The company says the new rammer is designed for applications in trenches, inside buildings and in noise-reduced zones. Wacker now boasts the AS30e, for compacting pipe spandrels, the larger vibratory rammer AS50e, and the new AS60e for all classic ramming jobs.

Stefan Pfetsch, managing director of Wacker Neuson Produktion, said, “After launching the first vibratory rammer in the market almost 90 years ago, we are now heralding the start of a new era in compaction with the current generation of battery-powered rammers. We have succeeded in combining new technology with time-tested and proven quality and making work much more comfortable for the end user.”