Target applications include jobs in nuclear, logistics, construction, and offshore wind. It is already booked in for its first project to start around the turn of the year.

A key feature of the crane, differentiating it from others of its size and type, is that it is all powered electrically and carries no hydraulics. Adding to its “green” credentials is the ability to feed electricity back into the grid. During a lowering operation electricity is generated by using the hoist motors as dynamos. This can then be fed back into the mains electricity network, reducing consumption by as much as 40 percent, Sarens said.

Without diesel generators or hydraulic power packs the crane is also much quieter, produces no exhaust fumes and there is no risk of contamination from hydraulic oil leaks. Less maintenance is a further benefit of a crane without engines or hydraulics which need fluid or filter changes.

The diameter of the ring is 35 metres and the maximum containerised counterweight is 3,000 tonnes. Main boom lengths are 100, 120, and 130 metres and jibs can be added, including a 27.5 metre runner and ones shared with other SGC series cranes. Erection or dismantling can be done in about four or five weeks, Sarens said.

Look out for more details of the crane and our exclusive interview with Matthias Sarens, the man behind the SGC-90 project, in the December heavy lift special issue of International Cranes and Specialized Transport magazine.

See a video of the new crane here. 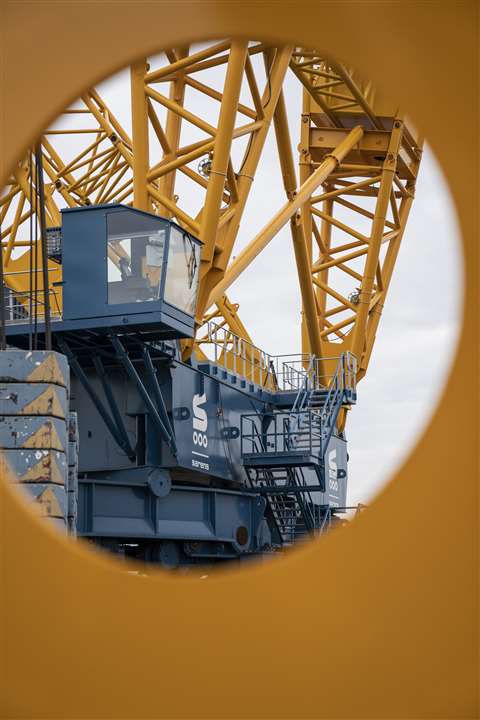 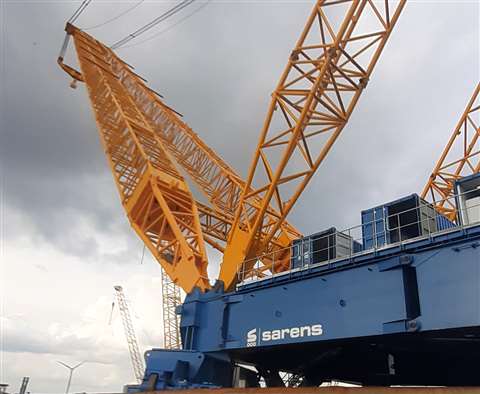