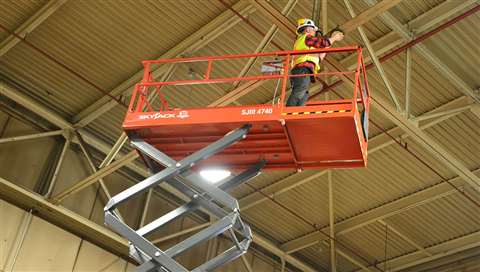 The sales jump was due to strong market share gains in scissors, booms and telehandlers in North America, Europe and Asia, said the company. It was marginally offset by lower sales resulting from unfavourable changes in foreign exchange rates.

Operating earnings rose $17.7 million, or 63%, to $45.8 million in the quarter, resulting from improved margins as a result of the sales increases. Higher earnings were also found as a result of a gain on foreign exchange revaluation of its operating balances, in contrast to a large loss in the first quarter of 2016. The company said it had also suffered from a bad debt expense in the first quarter of 2016 that did not reoccur.

“We have had another solid start to the year at Linamar with strong results in both segments,” said Linamar CEO Linda Hasenfratz. “This is our 23rd consecutive quarter of double digit operating earnings growth which is fantastic. We are also excited about the outsourcing opportunities we are seeing in non-traditional areas of the powertrain which we feel are indicative of future OEM plans.”