Snorkel and Instant Upright have jointly announced that they have resolved their dispute over the Upright brand.

It follows action taken by Snorkel Europe against Ireland-based Instant Upright, heard in the Irish High Court, in response to the company’s launch of a range of electric scissor lifts, using the Instant Upright name. 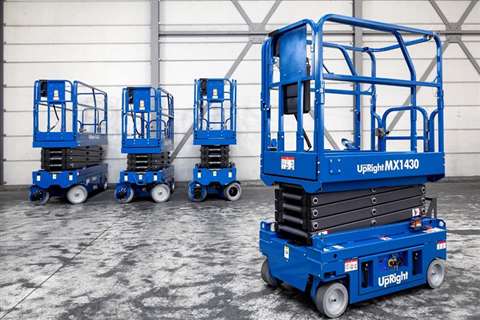 In 2006 Tanfield acquired the powered access division of Instant Upright, with Upright holding on to its tower products. Tanfield then went on to buy Snorkel, after which it decided to combine the two manufacturers under the single brand name of Snorkel. (Snorkel is now majority owned by Ahern  group, which has a 51% share in the company).

The disagreement was over the use of the Instant Upright name and branding being used by Upright on its new electric-powered scissor lifts, as it does with its longstanding range of aluminum towers.

In the statement the companies said, “Snorkel Europe Limited (Snorkel) and Instant Upright Limited (Instant Upright) are pleased to jointly announce the resolution of the dispute between them.

While Instant Upright is the proprietor of the UpRight trademark, Snorkel Europe retains the exclusive right to the UpRight brand in the powered access market.

Whilst the exact terms of the resolution are confidential, the parties confirm that this ends the ongoing legal dispute before the Irish High Court.”