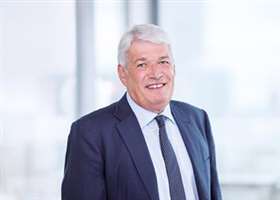 The company invested £1.29 billion in capital and a further £491m on bolt-on acquisitions over the nine months, which has added 112 locations and resulted in rental fleet growth of 18%.

Drabble said, “We expect capital expenditure for the year to be towards the upper end of our previous guidance (around £1.6 billion). Looking forward to 2019/20, we anticipate a similar level of capital expenditure to this year as we execute on our strategic plan through to 2021.”

Rental only revenues for the group’s largest company, Sunbelt in the US, benefitted from cyclical and structural trends, growing by 19% for the nine months to US$3.8 billion. Operating profit for the company over that period grew by 21%, from $1 billion in 2018 to $1.2 billion in 2019.

Due to Ashtead’s strong performance in end markets, Drabble said, “We expect full year results to be in line with our expectations and the board continues to look to the medium term with confidence.”