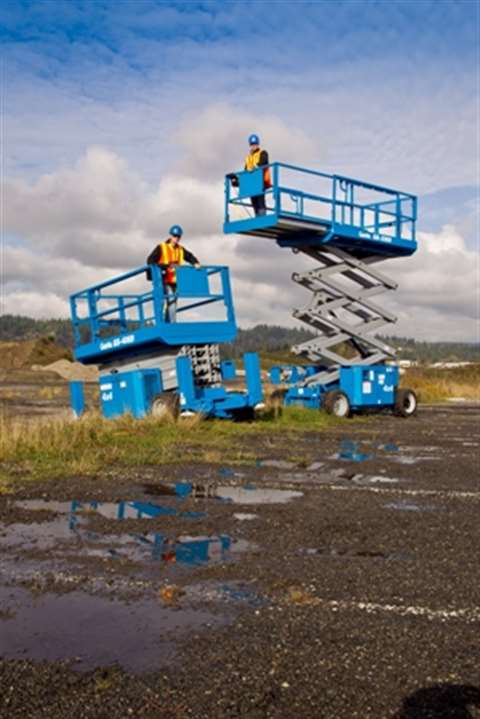 Terex AWP first showed the Genie GS-4069RT rough-terrain scissor lift at The Rental Show. The GS-4069RT has the same style of oscillating axles as the RT90, which adds to its performance, the company said. The GS-4069RT is one model of an entire new family of scissors from Terex AWP, including the 2669RT, 3369RT and 4069RT.

The units have increased horsepower by up to 30%, a simplified line stack and a more durable chassis. "The new design enables the machine to drive and function at full height," the company said. The units are available in 26 ft, 33ft and 40 ft applications. The 4069RT will also be on stand at ConExpo.

Terex AWP will also feature its new GR-20J and GR-26J self-propelled vertical masts with jibs at ConExpo. These units were first introduced in Europe.

The jib's range of motion is 140 deg and both units have hydraulic turntable rotation.