Terex AWP to consolidate European distribution in the Netherlands

Terex AWP is consolidating its European parts and machine distribution activities at a new facility in the Netherlands through a five year partnership with global logistics specialist CEVA Logistics.

An existing CEVA warehouse in Roosendaal will take over European parts distribution from Genie's UK headquarters on 2 June and new machine deliveries will be managed by the location by November, taking over these functions from the regional distribution centres in the UK, Spain, France, Germany and Sweden. Terex AWP's Dubai facility will continue to stock parts and machines for the Middle East.

Matt Fearon, Terex AWP vice president and managing director for Europe, Middle East, Africa and Russia, told Access International that the existing distribution centres will be retained for sales, sales administration, service and training activities, but that it would be more efficient for the company to centralise parts and machine distribution. The UK facility in Grantham will also continue to provide refurbishment services, parts fabrication and used equipment services.

"In good times, [the European distribution operation] just kind of grew and grew. We started to look at it before the downturn, thinking what would make sense. We decided that we could become much more efficient by centralizing and optimizing our parts and new machine activities."

"The existing distribution centres will no longer handle new machines, but customers will still have local contacts," he said, "Delivery of parts will be better. Mainland Europe will improve and in the UK it will be the same or better. The transition should be seamless - that was one of the goals."

Although the warehouse is an existing facility - and with "ample capacity" to serve the European market at peak demand - CEVA is also now building a dedicated Terex AWP pre-delivery inspection (PDI) building at the site.

Terex would not comment on the value of the contract with CEVA or how much it would the deal would save it in costs. There will be job losses at the existing distribution centres in Europe - Terex would not say how many - but Mr Fearon added; "there will be employment opportunities in the Netherlands for our people."

Mr Fearon said the CEVA logistics operation would also in the longer term become part of a supply chain network incorporating its manufacturing facilities in Italy and the UK, and eventually at the planned facility in Eastern Europe, which has been delayed because of the downturn.

CEVA is an international organisation with operations in over 100 countries, and Mr Fearon said there could be the potential for Terex AWP to expand the cooperation beyond Europe, although nothing was currently being planned.

Mr Fearon added that there were no signs of an upturn in the European access market; "I wish there was. People are just waiting it out, watching their spending, and not only on machines, also parts." 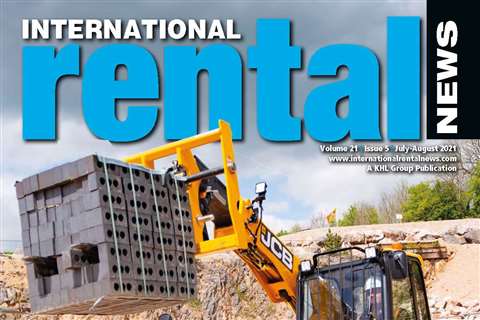