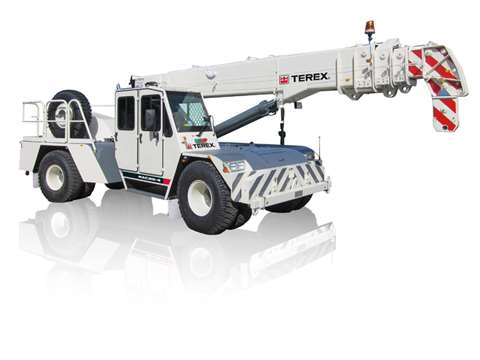 Terex Cranes has announced order wins from seven Australian companies. Three of them, namely Brendon Penn Crane Hire, Mammoet and Melmar Cranes, have all chosen to expand their fleet with the addition of Terex’s Mac 25-4 pick and carry cranes. According to the manufacturer it is a compact and manoeuvrable unit with an 18 metre telescopic boom and it can achieve highway speeds.

South32 Cannington and Mandurah Crane Hire have opted for Terex’s AT-22 pick and carry crane which has a 22 tonne lift capacity and 17 m maximum hook height.

Finally, Qwest and JIAB/Caboolture Cranes chose a new 130 tonne capacity five-axle Demag AC 130-5 all terrain crane. Terex said it is the most compact machine in its class and it has a main boom length of 60 m.