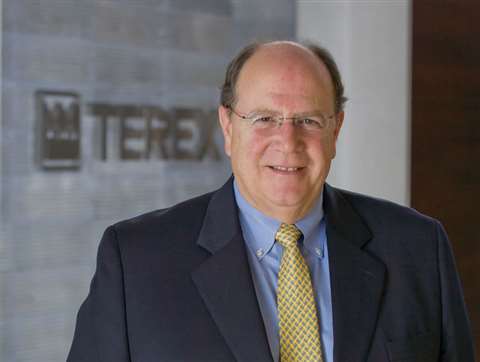 Revenues for the second quarter of the year were US$ 1.83 billion, an -11% decline on the same period last year. The company’s operating profit for the quarter was -8% lower at US$ 148 million.

All of Terex’s divisions saw a experienced a fall in revenues compared to a year ago, but profitability remained reasonable in several areas. Terex’s aerial work platform (AWP) business made an operating profit of US$ 104 million, which was an -8.5% reduction on the same period last year. Sales for the business were down -5.7% to US$ 677 million, meaning it achieved a margin of 15.3%.

The company’s material’s processing (MP) division also made a good return, with operating profits of US$ 22 million on revenues of US$ 168 million. However, Terex Construction and Terex Materials Handling & Port Solutions (MHPS) barely made a profit. The company’s cranes business meanwhile saw revenues fall -8% to US$ 464 million, while its operating profit was down -24% to US$ 22.6 million.

Commenting on the results, Terex chairman & CEO, Ron DeFeo said, “The second quarter was a solid quarter in terms of financial performance. Our AWP segment operating margin returned to the mid-teens as anticipated, benefiting from increased productivity and seasonally strong sales. We are encouraged by our AWP backlog which is higher than the prior year level and expect improved performance for this segment in the second half of 2015 as compared to the second half of 2014. We are seeing pricing pressure in the marketplace, but to date that has been mostly offset by reductions in material input cost.

“Our Materials Processing business had a good quarter, expanding operating margins despite lower sales. MHPS results were slightly below our expectations for the quarter, but a strong second half performance is still anticipated. Our Cranes segment performed generally in line with our expectations, but with a weaker product mix. The overall market for cranes remains challenging and we are not anticipating any near term improvements. The Construction segment was slightly profitable, with pressure on operating results continuing to come from the European and Indian compact construction and material scrap handling businesses.”

As a result, Terex says it now expects its full-year to performance to be at the low end of its previous forecast. It expects revenues to be between US$ 6.1 billion and US$ 6.4 billion in 2015.