Construction of a high-speed railway between Dallas and Houston, Texas in the US is closer to starting, thanks to the publication of two federal decisions on the historic project that promises an economic boost and the creation of thousands of jobs for the state. 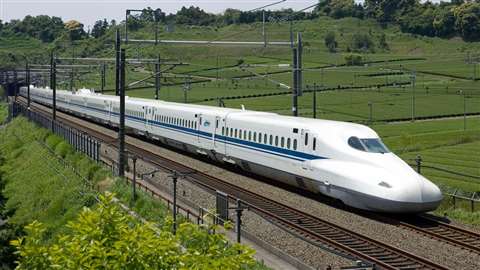 Italy’s Webuild Group and its US subsidiary and joint-venture partner Lane Construction take key steps forward on building a high-speed railway between Dallas and Houston after the publication of two federal decisions on the historic project that promises an economic boost and the creation of thousands of jobs for Texas.

Texas Central LLC, which awarded the design-build contract for the early works to Webuild and Lane in September 2019, received from the US Department of Transportation’s Federal Railroad Administration the Rule of Particular Applicability (RPA) that sets the safety requirements for the railway’s signal and trainset control, track rolling stock, operating rules and practices, system qualifications, and maintenance. It also received the Record of Decision (RoD), completing the environmental review process and confirming the alignment that the railway will follow between Dallas and Houston.

“This latest achievement, with these two decisions, brings us closer to the start of construction on the new railway. Webuild’s unique track record, especially in high-speed rail, will see us apply our expertise to this project that is important for sustainable mobility,” says Webuild Chief Executive Pietro Salini. ”As leaders of the design and build work, we are honoured to have been given this unique opportunity to build a high-speed railway in Texas.”

The two decisions are a crucial milestone for the start of work on the project, whose total investment of about US$20 billion – an estimated US$14 billion of which is for the civil works – will prove to be very important for Texas, especially in job creation. It is forecast to bring an estimated US$36 billion in economic benefits during the next 25 years. The immediate impact is estimated to be more than US$10 billion in the United States, reports say.

Construction, which Texas Central aims to start as soon as possible to help with the economic recovery following the Covid-19 crisis, will lead to the creation of 17,000 direct jobs during the first six years of construction and more than 20,000 indirect jobs.

The railway, which will be 379 kilometres long, aims to transform mobility between the two cities. It will be based on Central Japan Railway’s Tokaido Shinkansen system, reported to be one of the world’s safest mass transportation systems. It will carry travellers between Dallas and Houston – with a stop at Brazos Valley near the Texas A&M University - in 90 minutes, with departures every 30 minutes during peak hours and every hour during off-peak times. It is expected to be 90 minutes faster than car travel and one hour faster than air travel, considering boarding times.

In related news, Lane was recently declared the apparent low bidder for a US$176 million toll road contract in central Texas.

The company will work on the Phase III extension of the 183A tollway project in Williamson County, adding two tolled main lanes 6.6m (10.6km) in each direction from Hero Way to North of SH 29, and construct a shared use path from Hero Way to Seward Junction South. The extension also involves building 17 bridges.