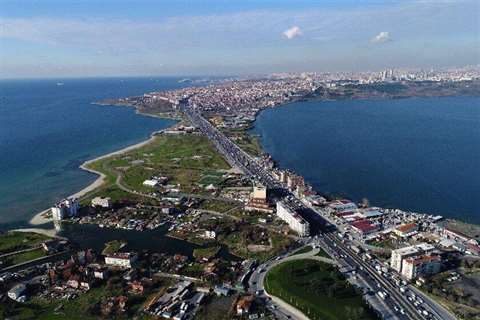 The Transport Minister for Turkey, Cahit Turhan, has said that the Turkish government is committed to moving forward with the construction of the multibillion-dollar project to create a canal in Istanbul.

Turhan has announced that companies from Benelux countries have shown a big interest in the project as the planning stage nears its conclusion.

The minister said to local news outlet Hürriyet Daily News, “Our talks for financing are underway. They [Benelux investors] have business experience and a technology basis in this field.”

It is expected that the government will move forward, with the tender for around US$20 billion worth of construction contracts.

The project consists of creating an artificial seaway between the Black Sea and the Marmara Sea in order to mitigate the oil tanker traffic through the Bosphorus as well as constructing new earthquake-resistant residential areas along the channel.

Dubbed the “crazy project,” by Prime Minister Tayyip Erdoğan, the man who suggested it during his 2011 election campaign, Kanal Istanbul has been delayed several times due to financial problems and environmental concerns.

If the project does indeed come to fruition, the artificial seaway will have a length of 43km and a canal 400m wide. Six bridges will also be built to span the canal.

Environmental concerns that the seaway will damage underground water resources of Istanbul and will threaten the Marmara Sea along with other social and urbanization risks have been raised.

Turhan said, “Kanal Istanbul is a transportation project and has to be realized. It’s necessary. Istanbul and Çanakkale can hardly handle the shipping traffic.

“The annual capacity of the Istanbul Strait is 25,000 tankers. But this figure goes up to 40,000. It creates major security concerns as the Istanbul strait is one of the most dangerous seaways for navigation,” Turhan recalled.

As talks for financing continue, the project needs around US$20 billion financing in total, but the first phase of it is expected to cost around US$5 billion. This will fund the relocation of existing infrastructure, including motorways, energy and transportation systems.

It is anticipated that the first tenders will be offered in 2020.