Turkish rental industry 'to double by 2025’

The Turkish equipment rental industry is expected to double in the next six-to-seven years, according to Reyhan Uğurlu Yücel, president, rental committee, IMDER-ISDER – Turkey’s two major associations for construction, material handling and rental. 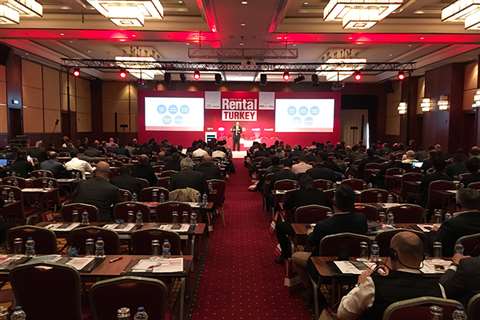 Speaking at the Rental Turkey conference, held in Istanbul on 28 March, Yücel cited that Turkey was the 13th biggest economy in the world, and 5th largest in Europe, and said equipment sales would also double over the next ten years.

Yücel, who is managing director of HMF, the Hyundai dealer in Turkey, said the Turkish market would benefit from the presence of rental companies from Northern and Western Europe, and encouraged foreign businesses to come to Turkey.

She added that the country would see many new construction projects begin over the next few years, which would increase the need for equipment rental. IMDER-ISDER is to undertake an equipment rental study to determine the size of the market and its potential for the future.

The first-ever Rental Turkey saw a 260-strong crowd attend the one-day conference, which included 10 speakers discussing different topics associated to the rental industry, a round-table discussion and a networking reception.

Such positivity will likely see the conference take place again next year, following a similar format. Rental Turkey was organised by IRN, KHL Group, APA Publishing and IMDER-ISDER. The event was supported by IPAF and the European Rental Association (ERA).

The April-May issue of IRN will include a full review of Rental Turkey.