US tariffs will ‘cost construction jobs’

President Trump’s plan to impose a 25% tariff on imported steel and a 10% tariff on imported aluminum would lead to a loss of over 28,000 jobs in the construction industry, according to a study released by US-based Trade Partnership, an economic consulting group. 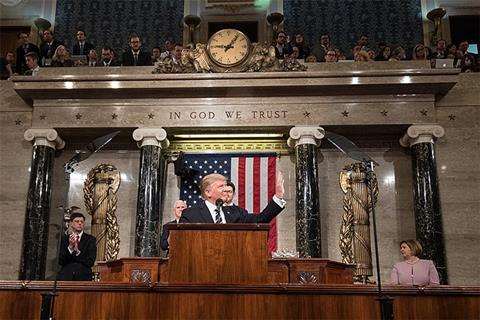 Trump has announced plans to introduce a steel tariff

Trump’s intent is to boost U.S. production of steel and aluminum and the President’s advisors have argued that the tariffs will have no significant negative impact on consumers who purchase U.S. or imported steel, something which has been questioned.

According to data from the American Iron and Steel Institute, construction accounted for 43% of all steel shipments in the US last year.

The tariffs, and expected increase in the price of raw materials, comes with the US facing an affordable housing shortage and political leaders currently debating a national infrastructure plan.

The American Institute of Architects said in a statement that, “any move that increases building costs will jeopardise domestic design and the construction industry, which is responsible for billions in U.S. Gross Domestic Product, economic growth, and job creation.”