Germany-based Wiesbauer performed a tandem lift with its new Tadano AC 7.450-1 and a Demag AC 500-2 at the Port of Heilbronn in Germany. 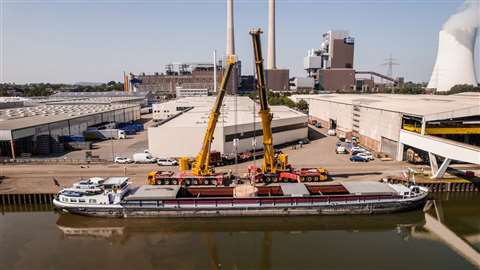 The crane was fitted with six cameras for full visibility

The job was to lift a 125 tonne MRI magnet for a cancer research institute from a lowbed trailer to a height of about one meter, swing it through between both cranes, and then set it down in an inland cargo vessel’s cargo hold.

The Tadano, which was delivered in September 2021, was chosen for its short setup times. For the tandem lift at a radius of 10.4 metres, the cranes were equipped with 100 tonnes of counterweight each.

The AC 7.450-1 was set up with a counterweight adapter frame, which expanded the slewing radius by a total of 40 centimeters and reduced the amount of counterweight that had to be transported.

Crane operator Jannik Weigle said, “The new Tadano AC 7.450-1 is simply an absolutely incredible machine with first-class controls that make it possible to operate the crane with laser precision.

He was also impressed with the remote control which operates the crane’s functions and the Surround View system, which uses six cameras for full 360 degree visibility. 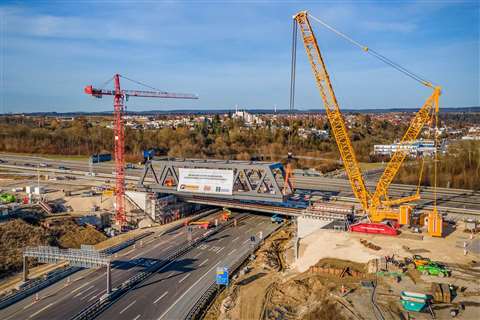 Wiesbauer pushes bridge into position
Video shows coordinated use of crane, SPMT and slipway to move 820 tonne bridge in Germany 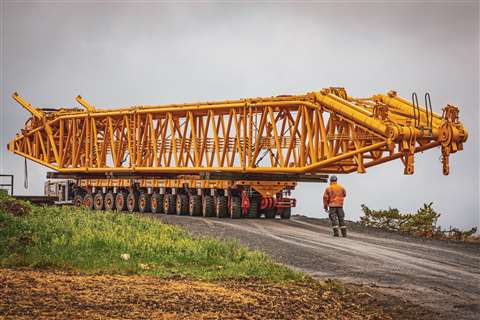 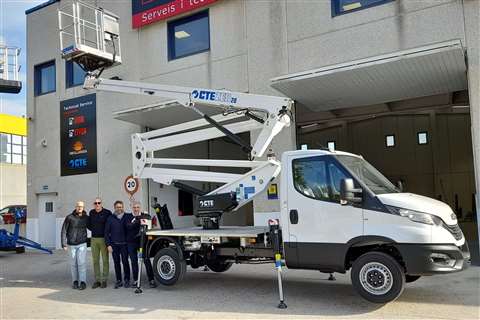