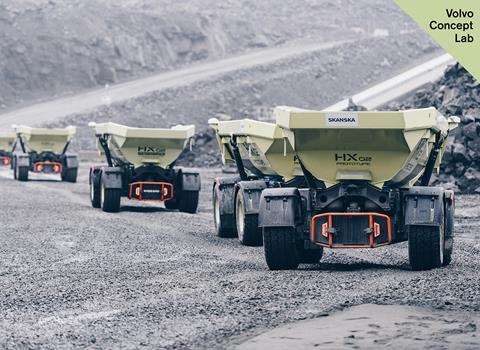 Volvo Construction Equipment (Volvo CE) has revealed that, by mid-2020, it will begin to launch a range of electric compact excavators (EC15 to EC27) and wheeled loaders (L20 to L28) and stop new diesel engine-based development of these models.

The company said that the move was being made following a positive reaction from the market after the successful unveiling of a number of concept machines in recent years, and by working closely with customers.

The first machines will be unveiled at the Bauma Munich exhibition in April 2019, followed by a staged market-by-market introduction in 2020.

Volvo CE stressed that diesel combustion currently remains the most appropriate power source for its larger machines. However, electric propulsion and battery technology is proving particularly suited to smaller equipment.

Research and development investment for the company is now focused on the rapid development of electric compact wheeled loaders and excavators.

Volvo CE president, Melker Jernberg, said, “The technology we have been developing is now sufficiently robust and this, together with changes in customer behaviour and a heightened regulatory environment, means that now is the right time to commit to electromobility in our compact equipment ranges in the future.”

The company are currently running a test electric construction site in Sweden with Skanska. The site has reportedly resulted in a 98% reduction in carbon emissions, a 70% reduction in energy costs and a 40% reduction in operator costs.