What were the industry highlights of 2022?

The big-picture view coming out of SC&RA as 2022 comes to a close is that things finally seem to be trending towards normal again. Which is just one of the many positives to build on heading into next year, according to CEO Joel Dandrea. 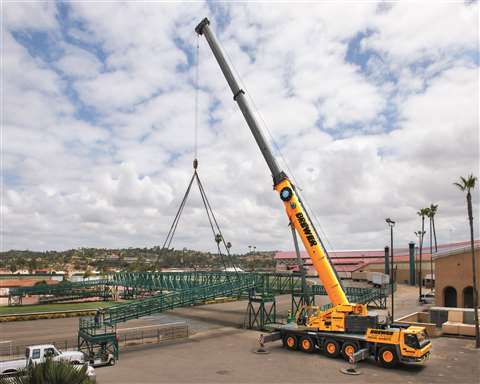 Both the transportation and crane and rigging sides of SC&RA will continue to urge FMCSA to renew the Hours of Service exemption for mobile cranes, which is set to expire in 2023.

“As both an Association and a membership, we all worked really hard to establish some degree of normal operations this year,” he said, “and as a result, member retention is up, and we saw a high degree of participation at events, especially with first-timers and new members.”

Using October’s Crane & Rigging Workshop as a gauge, Dandrea added, “The Workshop served as a productive indicator for what 2023 should look like – from attendance to speakers to engagement, as well as great member feedback.”

Jason Bell, SC&RA Director, Membership, echoed Dandrea’s observations. “That meeting felt very much like a springboard heading into 2023,” he emphasized. “Including the Symposium and Annual Conference earlier in the year, it tells the story that we’re steadily making our way back to those pre-pandemic levels.”

As for the overall story, Bell sees SC&RA membership in 2022 as a tale of three benchmarks. “First, it was member retention, where we typically try and land at 92 percent – but SC&RA hit 92.75 percent this year,” he noted. “From there, it was our first-year renewals, where we met our goal this year at 80 percent. And then it was new members – where, so far, we’re seeing an uptick, and absolutely headed in the right direction.”

On the Crane & Rigging side in 2022, SC&RA was busy as usual, and remained focused on a broad collection of issues and initiatives pertinent to members.

During a presentation at the Workshop covering OSHA’s new Compliance Directive, SC&RA, along with Michael Rubin, then with law firm Goldberg Segalla, unveiled SC&RA’s OSHA Legal Defense Guide, which is free to members.

Additionally, both the transportation and crane and rigging sides of SC&RA will continue to urge FMCSA to renew the Hours of Service exemption for mobile cranes, which is set to expire in 2023.

Transponders was another hot topic in 2022, and in November, the Association filed formal comments opposing federal government requests for access to transponders in large commercial motor vehicles, including mobile cranes – which industry sees as a way for government to ultimately impose additional regulations.

SC&RA is also considering joining a coalition unified in opposition to legislative or regulatory proposals (i.e., “Right to Repair”) that would allow for unfettered government access to the software that governs safety, security and, in the case of engine-powered products, emissions technology.

“The comments stated that any attempts by OSHA to expand the emergency temporary standard to cover construction is not supported by the evidence and would be impermissible under the Occupational Safety and Health Act of 1970,” she said.

Moreover, as a member of the International Crane Stakeholders Assembly, SC&RA completed the development of two additional guidance documents in 2022 – “Working with Land-based Mobile Cranes on Floating Vessels” and “Using Mobile Cranes with Freely Suspended Equipment for Pile Driving/Extraction.”

SC&RA hosted members of the Association of Cranes, Equipment and Industrial Devices of Mexico (AGEDI) in August.

Looking ahead for crane and rigging members, CONEXPO 2023 will include a cranes/rigging/aerial lifts track, which SC&RA developed together with the NCCCO Foundation. Through SC&RA’s participation, Association members, whether attending or exhibiting, will receive a discount code.

Smith added, “A core issue remains, however – regarding ‘automation’ versus ‘auto-issue’ – as some states adopt online application systems that are automated, but still require human processing and other reviews before issuing permits.”

As for national and regional priorities, 11 states remain in the “red” on the UPT 2021 map, while a recent audit of Phases I and II of SC&RA’s Permit Harmonization initiative revealed that only 50 percent of states have fully implemented changes over the last decade. The Association will continue to pursue Phase III under the condition that Phases I and II must still be fully implemented.

As part of a continuing permit harmonization initiative for both transportation and crane Association members (permitted loads include both OS/OW as well as mobile cranes), five individual states have been targeted for prioritized advocacy in 2023: Massachusetts, California, North Carolina, Utah and Iowa.

Parking, escorts and pilot car insurance were also areas of advocacy focus for SC&RA in 2022. In regards to escorts, adequate insurance availability and timeliness of law enforcement are becoming an increasingly greater challenge in the U.S. SC&RA will be looking to develop policy on how to increase the use of private escorts in 2023.

In 2022, the Specialized Carriers & Rigging Foundation (SC&RF) awarded more than 40 scholarships and took part in multiple reports and projects significant to both members and the overall industry. 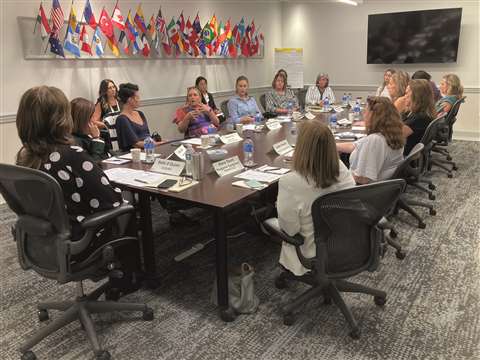 First, the much-anticipated Economic Impact Report will serve as the centerpiece of SC&RA’s advocacy strategy moving forward. The report highlights not only the macroeconomic impact the crane, rigging and specialized transportation industries have on the global economy, but also the essential public benefits the industry supports.

Additionally, SC&RF worked diligently to complete one of its foremost research projects, a white paper titled: The State of the Workforce in the Specialized Transportation, Crane, and Rigging Industry.

Foundation Director Jackie Roskos indicated that SC&RF will look to present the findings from both initiatives to members and the industry in Q1 2023.

SC&RF also established a new Endowment Fund for 2023, designed to focus on succession planning, as well as a new educational assistance initiative called the Company Training (CT) Grant, which will help to cover the cost of sending employees out to training, or bringing in a trainer.

SC&RA also put together its debut Environmental Forum in September, as well as the first Women’s Executive Roundtable in August – which included women executives in crane, rigging, specialized transportation and allied member companies, discussing their top challenges and priorities.

And in 2023, as part of the Association’s 75th anniversary, members should keep an eye out for Legendary, a compendium-style book that SC&RA and KHL are working together to produce, which will detail the companies, equipment and individuals who have contributed to the Association’s success over the past 75 years. Upon completion of the book, every SC&RA member company will receive a copy.