The White House stands in opposition to US House Democrats’ US$1.5 trillion infrastructure plan, citing concerns over how it would be funded. 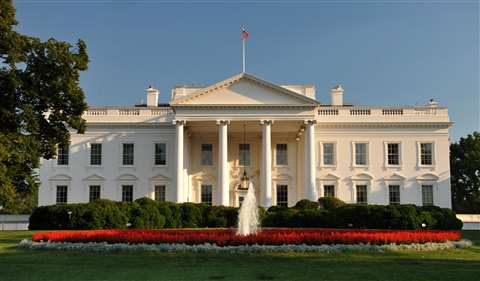 A final vote is expected by 4 July

The Democratic-controlled House of Representatives is currently debating the proposal, which Reuters reports includes a massive boost in spending on roads, bridges, public transit, rail, ports and airports, as well as water systems, schools and broadband internet. A final vote is expected before 4 July.

“America’s infrastructure is in crisis,” House Transportation Committee Chairman Peter DeFazio, a Democrat, was quoted. The country’s “roads, bridges, public transit, rail, airports, ports and water systems are badly outdated, causing stress and safety hazards for our citizens, strain on our economy, and an enormous toll on public health and our planet.”

Stephen E. Sandherr, chief executive officer of the Associated General Contractors of America (AGC), agreed. “House leaders understand that one of the best ways to promote new economic growth is by investing in the nation’s aging, and often over-burdened, infrastructure. These investments will create needed new construction careers, promote demand for new construction equipment and materials, and ensure that the economy will be more efficient and effective for years to come. The new House infrastructure proposal will provide the kind of tangible benefits our economy needs to recover.

Three quarters of US equipment manufacturers say the impact of Covid-19 on the overall economy is still very negative and a vast majority have called on the government to invest in infrastructure, according to a new survey from the Association of Equipment Manufacturers (AEM).

Sandherr added, “There is a lot to this bill, and there are details in the proposal that must be improved as the measure works its way through the legislative process. Among those is the need to identify additional, sustainable, long-term funding for future infrastructure improvements. However, we support the goal of rebuilding the nation’s infrastructure, restoring demand for construction and reinvigorating our economy. That is why we are eager to work with both parties and the Trump administration to improve this proposal, with the goal of ultimately enacting a measure that helps rebuild America.”

Meanwhile, Reuters reported the White House said the House plan was “not a serious proposal,” noting it “significantly favored” urban areas over rural America and that the measure appeared to be “entirely debt-financed.”

Trump and Democratic leaders agreed to spend US$2 trillion on infrastructure in April 2019, but never hashed out how to pay for it. Whether Congress will pass any significant funding boost ahead of the November presidential election remains in question.

Congress abandoned largely requiring road users to pay for road repairs and has not hiked the federal gas tax since 1993. Since 2008, Congress has transferred about US$141 billion in general revenues to the Highway Trust Fund.

To maintain existing spending, Congress will need to find US$107 billion over five years; the House bill transfers US$145.3 billion.