Even after more than a year of a global pandemic the IC Tower Index is not only up, it is with another double digit increase. Alex Dahm reports

This time last year it was expected that if there was going to be a negative impact on the IC Tower Index it would probably be worse this time around.

Well, maybe it is but only in that last year’s ranking of the world’s largest tower crane-owning companies was up by nearly 14 per cent while this year it is ‘only’ up by 11.7 %. Phew, I think we take that as a big win. Everythinng else was up this year too – more cranes, more employees and more depots. 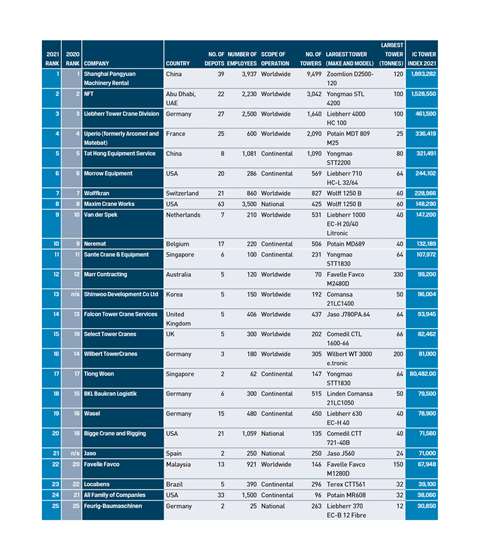 The top 20 companies, with a total of 6,313,014 tonne-metres, have added 661,388 tonne-metres of capability to their fleets in the last year. Last year the Index total passed the 5 million mark for the first time and this year it has exceeded 6 million for the first time. Among the top five companies the percentage rise is even higher than in this year’s top 20, at 14.8 % (last year it was a 20 % rise in the top five).

Among the top 20, the number of cranes was up 13.4 %, from 20,205 to 22,903, that is 2,698 more cranes than the year before (last year there were 1,710 more cranes than the previous year). It should be noted that by far the majority of the extra cranes were added by the number one company in the table, Chinese company Shanghai Pangyuan, as was also the case the year before. China of course has enjoyed another massive boom year of growth in the construction sector as a result of the government’s stimulus programme for infrastructure.

Back to the numbers, if you take the top 20 increase and divide the extra capability this year by the number of extra cranes gives a figure of 245. Last year the same calculation would give a figure of 400 which, if you take it as a tonne-metre rating per crane suggests, over the last year there have been many more cranes added than the year before but they are smaller. 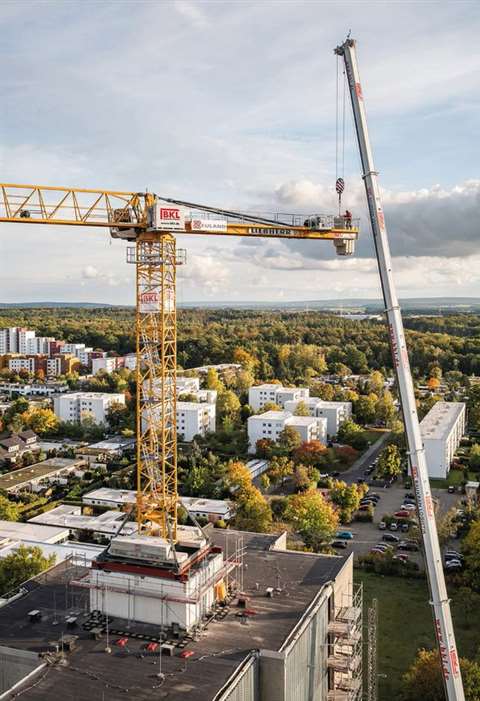 BKL erecting a Liebherr 202 EC-B flat top tower on the roof of a high-rise in Wolfsburg, Germany, using a Liebherr LTM 1300 wheeled mobile crane from its own fleet. Photo: Franziska Gil

It is great to have four more entries in the 2021 Index than last year. This year’s total of 44 is 10 % more than 2020. We welcome new or returning companies, the highest ranking of which this year is Shinwoo Developments from Korea, in 13th place. Just outside the top 20 is Jaso, a returning entry, from Spain. Following close behind is new entry Cranes & Equipments Cruz del Sur in 28th place. This 40 year old Chilean company serves Chile, Peru and Colombia. Last but not least we welcome back Soril Infra Resources from India.

In terms of ranking, the top 10 companies are the same as last year, with only two swapping places. The top eight remain unchanged while Van der Spek gains a place in ninth at the expense of Neremat dropping one to tenth. Both companies operate in the Benelux region.

Outside the top ten, the first disruption is the aforementioned Shinwoo at 13th, unseating Falcon from that position. Next is fellow UK-based operator Select Tower Cranes which has made a notable four places of progress. A little surprising in the remaining quarter of the top 20 is three German companies all losing places despite each expanding their fleets since last year.

Instead of the usual 20 companies, this year we have squeezed in the top 25. We are always keen to expand the IC Tower index so if you feel your company should have a place in the table please feel free to help by submitting an entry form for the next one. 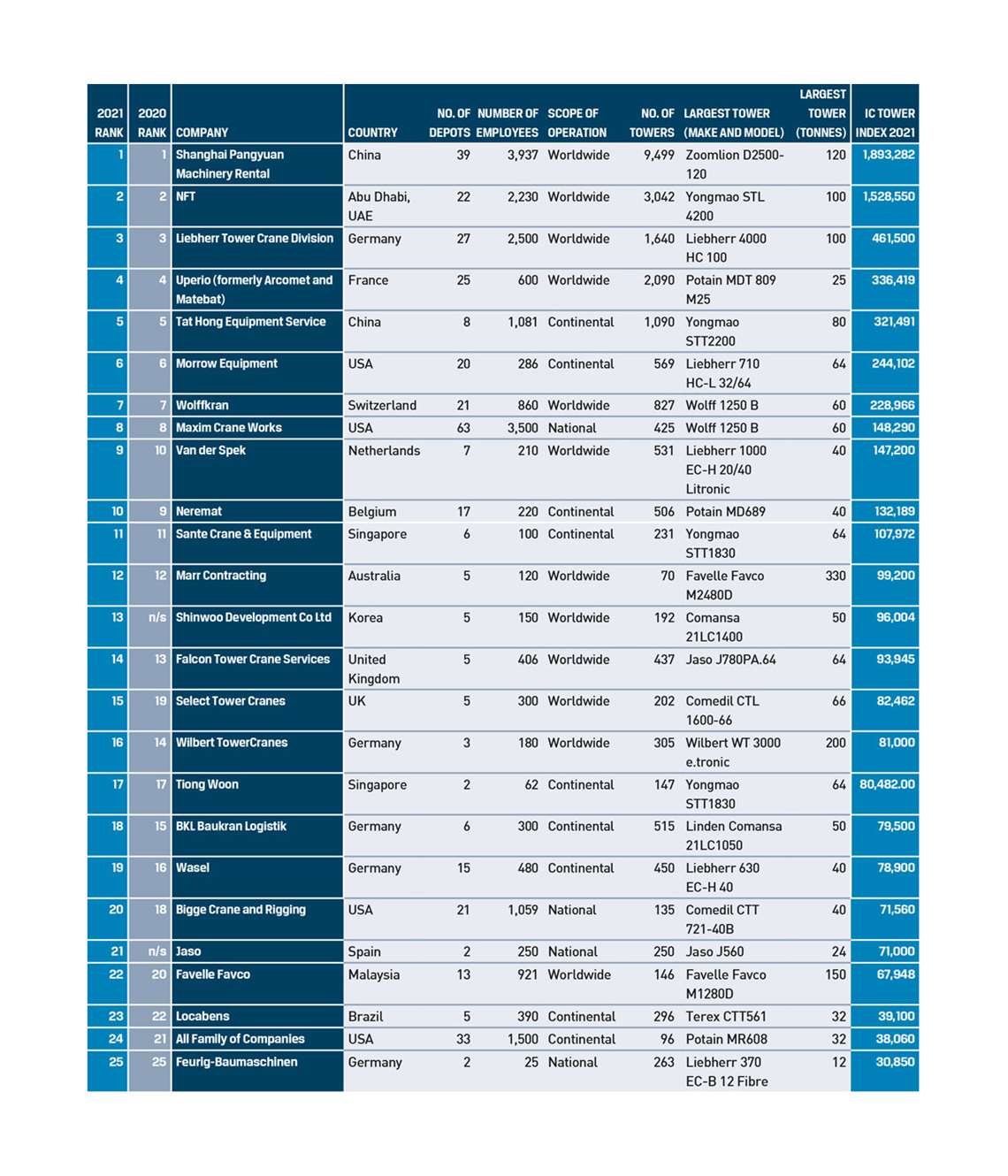