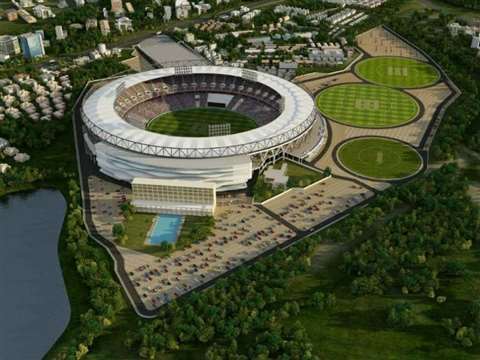 A rendering of what the new stadium could look like

Construction work on the Motera cricket stadium in Ahmedabad, India, is scheduled to be completed by January next year, according to media reports.

When complete the stadium will hold 110,000 spectators, making it the largest cricket venue in the world.

The stadium has been designed by Populous, a global design company. According to the company, one of the main challenges of the project is the tight timescale, with construction of the stadium scheduled to take just two years.

Construction of the facility is said to be at a cost of approximately US$100 million.