Despite weather warnings covering most of the country, more than 1,000 visitors attended the US National Demolition Association’s (NDA) 2018 expo in Austin, Texas. Exhibitor numbers also up on those at the previous year’s event in Las Vegas. 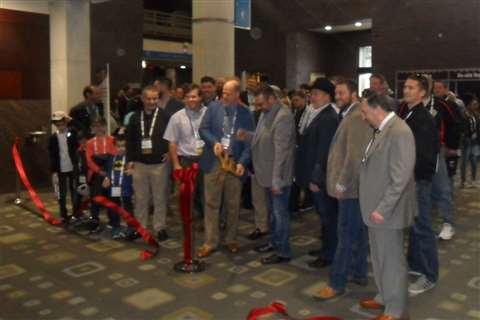 Demolition Austin had many of the elements familiar to visitors in previous years – such as technical presentations, “fast and furious” presentations, the annual golf tournament and gala dinner – and some new ones.

The most notable addition was a live outdoor demonstration event allowing visitors the opportunity to test out equipment with the exhibitors present.

Mick Goodhind, of World Demolition Award winning manufacturer Demolition Resources Inc, was one of the companies whose product was part of the outdoor exhibition.

He said: “The live event was phenomenal. It was extremely well organised and there was a great deal of interest.

“The beauty of it was that people could stand at the barrier and see machines working close up.”

As well as spending 40 years with Pennsylvania-based demolition contractor Mayer Pollock Steel Corporation, Donald was the seventh president of the NDA. He celebrated his 90th birthday last year.