UK-based building engineering company Newtecnic has been appointed to oversee the construction of the new Istanbul City Museum in Turkey.

The company was chosen by Salon Architects to co-ordinate the design of the structure, façade, and mechanical, electrical and plumbing (MEP) engineering of the 38,000m2 museum, which is currently being built in the Topkapi district of the city.

Andrew Watts, CEO of Newtecnic, said, “Our role is to simplify complexity to make the museum buildable and to make it work for visitors, curators and the city itself for many decades.”

The firm’s US- and UK-based design-engineering teams have been deployed to develop, validate and communicate reliable strategies and plans to optimise all building components and the construction process, based on an evolving 3D digital twin of the project.

It was said that algorithms had been created to ensure that the interrelated structural and MEP elements of the building are effectively integrated, and LiDAR-equipped drones will be used throughout the project to monitor the accuracy of the as-built construction against its digital counterpart. 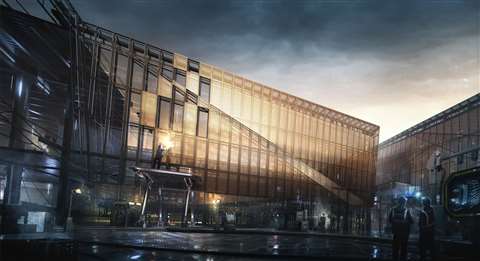 Newtecnic has also used 3D technology to simulate climatic conditions through the seasons and into the future to make sure that the perforated metal veils being used in the building will effectively modulate light and insulate against the extreme temperatures in the region.

The company will oversee the local construction of the large metal façade panels and specially-designed fixing assemblies.

Watts said, “The use of additive manufacture and 3D printing of verified building components, in advanced on-site construction labs, means that this project could be delivered on time, within budget and to a very high-quality level.”

The façades have been engineered so that the building’s cantilevered floors appear to hover while the main building mass is detached above the glass-walled ground floor.

The museum is due for completion in the middle of 2019.