A winner’s tale – five years on

A former winner at the World Demolition Awards caught up with Demolition & Recycling International at the recent Bauma exhibition in Germany – five years after a win that by his own admission came as a total surprise.

Peter Ward, managing director of the New Zealand-based Ward Group, entered his company for the Urban and Confined Space Demolition category at the World Demolition Summit (WDS) in Amsterdam in 2014. 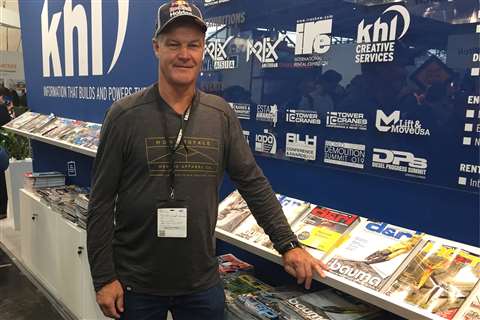 A few months later, Ward Group beat off global competition from Keltbray (highly commended) of the United Kingdom, the USA’s Costello Dismantling and Indian firm Genesis Engineering to take the prize, for demolishing a building that included a radioactive bunker.

With Australia’s Liberty Industrial and Australian Decommissioning Services also collecting three awards between them, it was a golden year for the southern hemisphere.

The only problem for Peter – he was not there to see it.

“I didn’t think we would win the award, so we didn’t even go to the ceremony,” Peter recalled.

“I found out when I got a text from [awards judge] Bill Moore. It was a job, and we were good, but we were also lucky.

“I’ve been going to demolition shows for years, and I’ve been really fortunate since I first started to meet some of the industry’s premier people.”

If you think you can emulate the Ward Group’s triumph, you can enter the awards by visiting www.demolitionsummit.com and clicking on the awards tab for an entry form.

Please send in your completed version by 30 June.

And with shortlisted companies receiving two free tickets to the gala dinner and presentation ceremony on October 24, there is no excuse for not showing up to find out the result!