ANAPAT, the access equipment association for Spain, celebrated its 25th annual convention this week with a range of presentations from top European industry experts.

The two-day event in Malaga, 5-6 June, consisted of a conference and equipment display, attended by more than 200 delegates from the association’s 100-strong membership, along with a range of manufacturers. 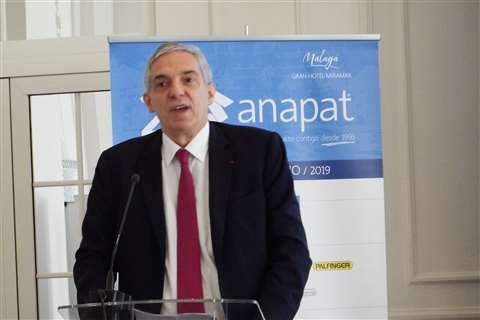 Alexandre Saubot, Haulotte’s COO, gave the keynote speech, in which he provided his views on European market growth and how equipment will change in the future. He said while electric equipment was more sustainable than diesel on the ground, in reality electric power is not as environmentally friendly as we are led to believe, partly because some 50% of it is generated by coal-fired plants. He believes the hydrogen fuel cell is the power source of the future.

Saubot also provided his view that Chinese manufacturers are not playing fairly. “They have access to steel that is not at market price and to finance that does not match the market economy.” He said the way forward for manufacturers like Haulotte was to focus on quality products and their high levels of service provision to ensure they stayed ahead of the game. 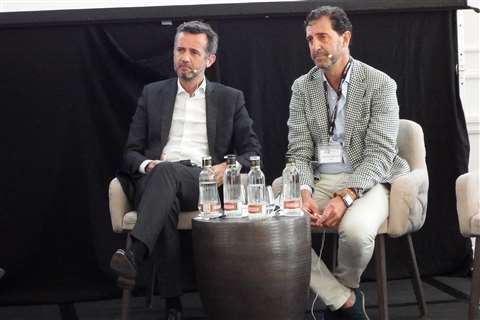 The expert panel session entitled: Present and Future of MEWP Rental in Spain and Europe, was made up of leading names in the European rental and access industry. They included Pedro Fernández of GAM, Olivier Colleau from Kiloutou, Gérard Deprez from Loxam, Pascal Van Halst from Mateco and Pedro Torres from Riwal. They also spoke about the developing market in Spain and Europe, and delved into areas such as the different advantages of specialist compared to generalist rental companies, the move to electric and hybrid equipment and the future of telematics and data. 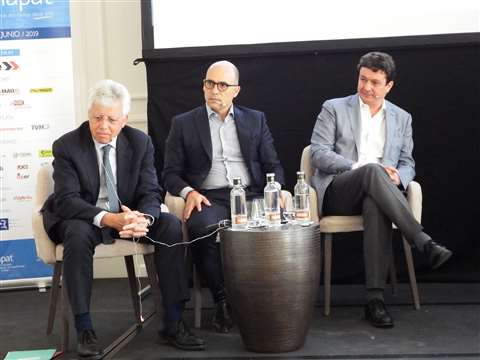 ANAPAT also announced a new partnership with IPAF at the event, in which the association will provide its members with IPAF training programmes and other IPAF initiatives, including eLearning and its loading and unloading training programme. Under the initiative, ANAPAT will subsidise its members to use the IPAF programmes. ANAPAT said this meant it could now concentrate on representing its members by offering its range of day-to-day services, such as legal advice and general representation. 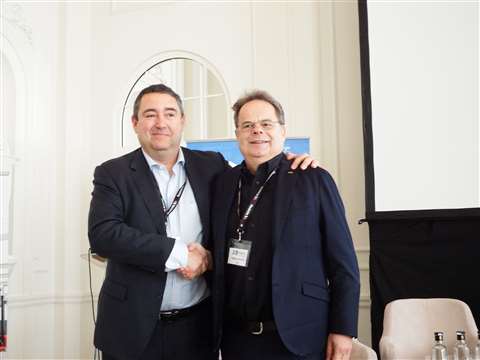 Speakers at the two-day event at the Gran hotel Miramar also included famed former Spanish basketball international Juan Antonio Corbalán, who went on to become a doctor and motivational speaker and influential economist José María Gay de Liébana, who provided a rousing presentation about the current and future global economy and Spain’s place in it.

Read more about the insights from these speakers in the next issue of AI, July/August.