Doosan has given attendees at this year’s Hillhead equipment exhibition in the United Kingdom a first look at its next-generation mini excavators, and the all-new DX100W-7 wheeled excavator. 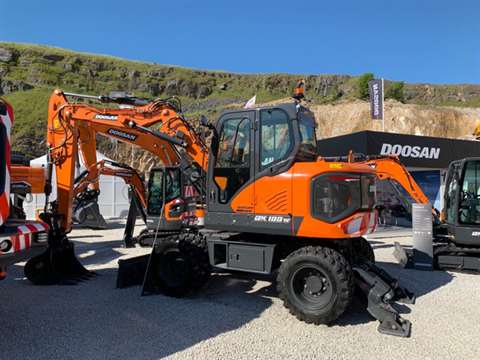 The DX100W-7 wheeled mini-excavator on display at Hillhead 2022. (Photo: Doosan)

Doosan has given attendees at this year’s Hillhead equipment exhibition in the United Kingdom a first look at its next-generation mini excavators, and the all-new DX100W-7 wheeled excavator.

With operating weights of 2.8 and 5.4 t respectively, the DX27Z-7 and DX50Z-7 5.4 t models incorporate a zero-tail swing design and offer high power and torque for their weight classes.

“As a result, both models offer the highest power and torque in their respective classes and cover a wide range of applications including heavy duty work.”

Also making a debut at the show was Doosan’s DX199W-7 wheeled excavator. Sitting in the 10 t weight class, the excavator can be equipped with four wheel steering and a crabbing mode, and is therefore described as offering the “best compromise between compactness and agility”.

Also on display at Doosan’s stand was the new DX235LCR-7 reduced radius crawler excavator. Weighing 24.3 t, the DX235LCR is part of the manufacturer’s medium-sized ‘DX-7’ range, which comprises 17 Stage V crawler and wheeled excavator models in the 14 to 25-t class. 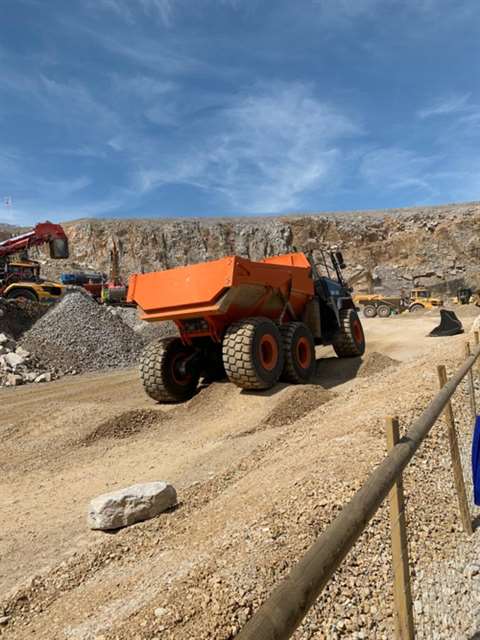 According to the manufacturer, all DX-7 excavators have been designed with increased tool carrier capability and include new features and technologies that enables users to increase fuel efficiency, uptime and the return on investment.

Visitors at Hillhead also got to see the latest versions of both the DX420LC-7 and DX530LC-7 excavators, alongside Doosan’s the DL420-7 wheeled loader and its largest articulated dumper truck, the DA45-7.

Nearby at the event’s Quarry Face Demo Area, the DX420LC-7 excavator was put into action, alongside a DA30-7 articulated dump truck.

Exhibition attendees were able to see both machines’ loading and off-road capabilities, as well as the 6-wheel ground contact guarantee of the DA30-7 dump truck.

AJ Access to distribute Zoomlion platforms in the UK
The partnership will initially cover DC scissors, with the boom lift line following in
Latest News