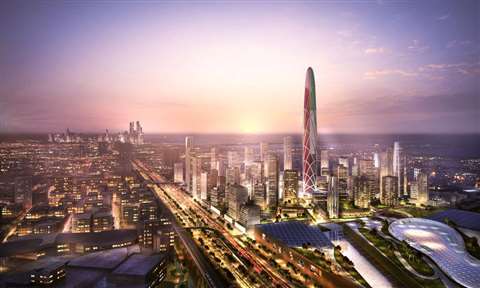 The facade of the building will feature digital displays that will be utilised for various occasions and celebrations.

The design of the tower is said to have been inspired by the United Arab Emirate’s sand dunes, while the base of the building has been designed in the outline of the fingerprint of Sheikh Mohammed, the Ruler of Dubai.

The architecture firm behind the tower has not yet been confirmed. However, the developer has announced that construction on the building will commence immediately, with phase one due to the delivered in 2023.