Heavy lifting and transport specialist ALE used a bespoke solution in Spain to install a 42 metre bridge for improved traffic flow and safety.

In central Spain the N-403 highway runs 178 km from Adanero in the north to Toledo in the south. Close to Ávila in the north where it crosses over the Burguillo reservoir a new, wider bridge was needed. The old bridge on the La Gaznata Viaduct was built in 1920. Its central span was 42 metres long by 5.6 metres wide. Land transportation was impossible and there was insufficient space to have cranes lift the 400 tonne span over the reservoir. ALE said its solution involved specialist civil lifting technology for the safest and swiftest solution.

The day before the lift a floatover operation saw the bridge section brought in and moored in a safe place prior to positioning it ready for the lift on the day. Winches each side of the reservoir were connected by cables to each corner of the bridge span.

Prior to the lift, four anchors were connected to hoisting units and a cantilever structure was installed on each end of the span, ALE said. Two 70 tonne capacity strand jacks were mounted on each structure (four in total). These were used to raise the span by 20 metres. It was then connected to the rest of the bridge already in position. 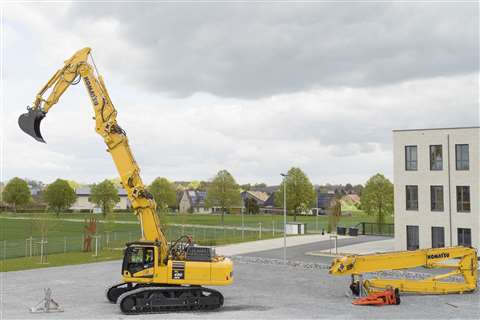