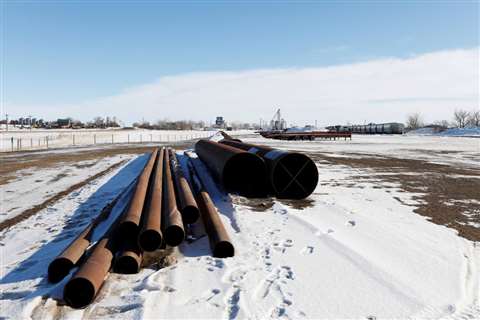 Multiple problems with the construction, manufacture and design of the Keystone Pipeline validate President Joe Biden’s decision to revoke the permit for the US$9 billion Keystone XL extension, according to a report.

Several House Democratic committees requested a report by US government watchdog Government Accountability Office (GAO) in November 2019 after more than 11,000 barrels of oil leaked from the pipeline system in two releases in less than two years, Reuters reported.

“GAO found that preventable construction issues contributed to the current Keystone pipeline’s spills more frequently than the industry-wide trends,” they said in a statement.

Keystone’s four largest spills were “caused by issues related to the original design, manufacturing of the pipe, or construction of the pipeline,” the GAO report said.

Biden cancelled Keystone XL’s permit on his first day in office on January 20, dealing a death blow to a project that would have carried 830,000 barrels per day of heavy oil sands crude from Alberta to Nebraska.

Approximately 1,000 construction jobs were eliminated as a result of the revocation. About 93 miles of pipe had been installed and an additional 1.4 miles had been completed at the Canada-US border as of the end of 2020.

TC Energy officially cancelled Keystone XL in June. It filed a notice of intent in July to begin a legacy North American Free Trade Agreement claim and is seeking more than US$15 billion in damages from the US government.