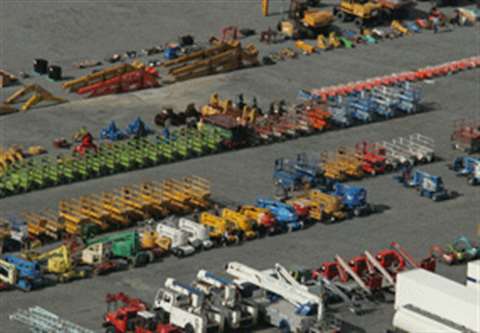 The three day auction held by Richie Bros in Moerdijk, the Netherlands

Bidders from 58 countries participated in Ritchie Bros. Auctioneers' three-day auction in Moerdijk, The Netherlands on 27 to 29 February. Its two-day event in Los Angeles on 26 & 27 February attracted bidders from 25 countries.

"We are seeing an increasing number of consignors and bidders from Eastern Europe at our Moerdijk auctions," said Ralf Harders, Ritchie Bros. regional manager. "...There is nothing like a Ritchie Bros. auction in Eastern Europe, but the need and demand for our services is increasingly apparent..."

The US event generated over €18 million ($24 million) in proceeds. More than 2500 people registered for the auction, and over 730 of those participated on line, live and in real-time. Ritchie said Internet bidders were winner or runner-up bidder on almost one-third of the lots available online. Over one-half of the purchased equipment went out-of-state.

Ritchie Bros. operates through over 110 locations in 25 countries. The company conducts unreserved public auction of industrial assets, including equipment, trucks and other items used in construction.

(Pictured are auction items at Ritchie Bros.' facility in Moerdijk.)