Norty Turner is to lead an expansion of United Rentals’ services business as Senior Vice President, Services & Advanced Solutions, reporting directly to Matt Flannery, the current COO who takes up the CEO post at United next week.

In his role – which is a new position at United – Turner will be responsible for expanding its businesses in areas such as servicing and management of customer fleets, training, and what it calls Advanced Solutions, in areas such as autonomous vehicles and wearable technology. 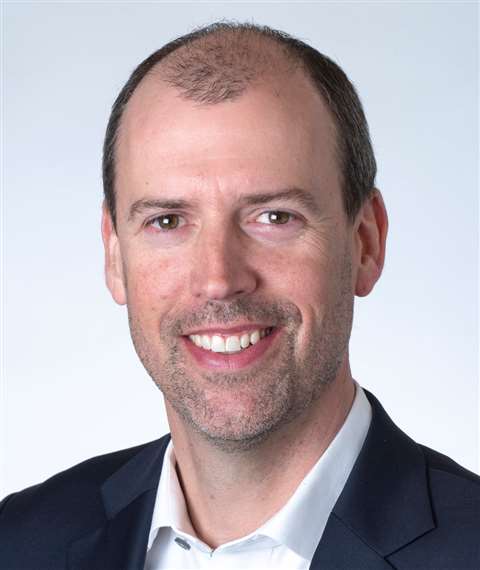 These services currently constitute a relatively small proportion of United’s business, but Turner – who said he was “thrilled” to be taking up the new post - told IRN; “It as an area of focus that will grow much further than where it sits today. Services in general are a growing component of any successful business in the 21st century. They allow you to bring a unique offering to customers that are really specific to your business…our customers are calling out for us to offer more services.”

In his new role, the former Riwal CEO will expand some of United existing services, such as Customer Equipment Service (CES) and Customer Fleet Solutions (CFS). CES services and maintains customer-owned equipment, while CFS provides fleet management services for customer-owned equipment using United’s own technology. CFS has previously focused on industrial customers - in oil and gas, manufacturing and industrial plants - and the aim is to expand it into construction as well.

ARA estimates at around 45% of all construction equipment in use is still owned by contractors. “That is a still a heck of a lot of machines that contractors need to maintain and utilize”, said Turner, “A large opportunity exists.”

A spokesman for United said the appointment of a senior, experienced executive to the role indicated the importance it attached to services. He added that it could also be characterised as one of the first initiatives of the incoming CEO, Matt Flannery. Flannery takes over as CEO from Mike Kneeland next week, with Kneeland becoming Chairman.

Flannery said United had placed a “strategic focus” on building dedicated services and solutions to complement its core business; ”Norty Turner is ideally suited for this important role on the United Rentals management team, taking full advantage of his unique skills and experience as one of our industry’s most seasoned executives.”

Turner will also be tasked with expanding United’s Academy, which trains thousands of customers each year. “There is a lot of opportunity with that”, he said, “The ability to train customers in safety, machine operation, or best practice: that’s something we have been expanding and will grow much further.” He said technology, such as the use of simulators and virtual reality technology, would play a part in that.

An example is the trenching and shoring sector, where United has trained thousands of workers following new government regulations requiring staff operating underground to be specially trained.

“The main thrust is that our customers are calling out for us to offer more services, and it makes it easier for them if they have one supplier”, said Turner, who revealed that he had discussed several possible roles with Matt Flannery before settling on services. “I was certainly excited. I’m thrilled to be with the world’s best and largest rental company. It is an honour”.