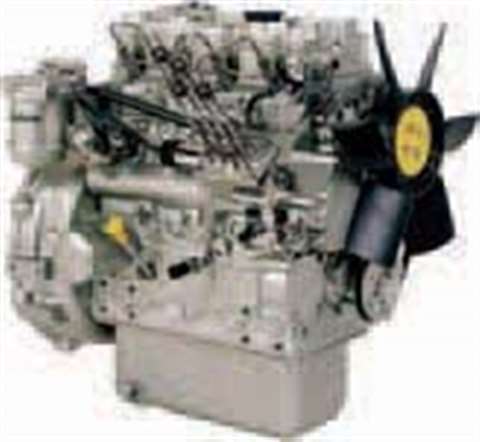 Perkins has announced the addition of a new Tier II (Stage 2) certified four cylinder 1,5 litre engine to its 400 Series engines in the shape of the 4 04C, developing 26,5 kW (35,5 hp). The company says that the new engine complements the existing three cylinder 403C-15 model but is quieter and has a more refined NVH as a result of its four cylinder line up. The new 404C-15 is also considerably lighter, weighing 104 kg, thereby reducing any potential weight penalty.

The new engine is also smaller than its three cylinder counterpart and therefore has improved power density. As a result, it is suitable for use in a variety of construction applications, such as on skid steer loaders, mini-backhoes, compact excavators and wheel loaders.

At the smaller end of the engine spectrum, Robin Subaru is making use of high performance chain driven overhead cam (OHC) technology for a new Series of air-cooled engines. Four models are in the EX range, providing power outputs from 3,3 kW (4,5 hp) to 6,7 kW (9 hp). These are claimed to offer more power, easier starting and quieter operation, and are said to be ideal for use in general construction equipment, compaction equipment, portable generators, pumps, compressors and other industrial engine applications.