All roads lead to Verona 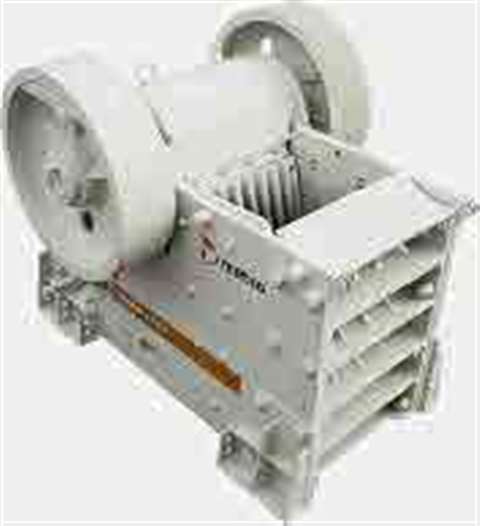 Verona, home in Roman times to gladiatorial contests in the third largest amphitheatre in the Roman world and famous as the setting for Shakespeare's love-struck Romeo and Juliet, will see the construction industry descending en masse in May for the 26th Samoter international trade show.

The event has been moved from its traditional February date (perhaps to benefit from warmer weather) and a new 16000m2 hall has increased the available display space. Together, these are confidently predicted to see the 2005 event exceed the size of its 2002 counterpart. The organisers report that stand space totalling 105000m2 has been booked, up from the 2002 total of 94388m2. They also confidently predict that visitor numbers will outstrip the 2002 total of 89241 from 90 countries.

So what will be on show specifically for the demolition and recycling industries? Crushing and screening equipment is particularly well represented, with in excess of 40 different companies large and small showcasing their product ranges, including the likes of BL Pegson, Extec, Metso, Sandvik and Trevi.

Metso will be celebrating a number of landmarks in its business activities at the show, including the sale of the 100th Lokotrack LT95 mobile jaw plant. This particular machine has been selling well worldwide, and has proven particularly popular in Italy, with more than 30 currently operating in the country. The machine's compact dimensions fit well with Italy's strict road transport regulations, says Metso. The company will also be celebrating the 30th anniversary of its Nordberg C Series jaw crusher range.

Sandvik meanwhile, will be presenting its latest generation of its Crawlmaster 1208 crushing unit. Officially launched at the end of last year, the three versions of the 1208i (the ‘i’ stands for intelligence) have been designed for different types of natural fines.

Guidetti will be showing off its ranges of mini crushers designed for use on-site in builders yards or urban demolition projects. The highlight will be a new version of its medium sized unit, the ME F-520, which will be displayed equipped with a conveyor belt.

Breakers too will be aplenty, with 50 exhibitors displaying products for this sector of the industry, including Atlas Copco, Colli Drill, Frank, Idromeccanica Italiana, Indeco, Lifton, Montabert and Rammer (through Italian distributor Rammit) to name just a few.

Idromeccanica will have representative samples from its 24 model range of hydraulic breakers from 80 to 3000 kg (176 to 6600 lb). It will be highlighting two recently launched new models in its M Series, the IMI 18 M and IMI 26 M, that have been designed for use on mini-excavators and backhoe loaders that are fitted with high pressure hydraulic systems.

Indeco will be presenting its new Multi, an attachment that features a main structure that can hold a range of jaw sets, depending on the requirements of the task in hand. It will also be displaying a new series of High Performance breakers that provide improved power, performance and reliability. In addition, two new series of fixed and rotating pulverisers will be on the stand in the shape of the IFP and IRP units, with three models in each series, designed for excavators weighing 16.5 tons and upwards.

Ingersoll-Rand owned Montabert will be showing its new V1600 Evolution hydraulic breaker and the Silver Clip range of light duty breakers for carriers in the 700 kg to 7 tonne class. Montabert claims that the V1600 offers the highest power in its class. It is designed for use on excavators weighting 22 to 35 tonnes and is compatible with high back pressure excavators.

Rammer products will be on show to Samoter visitors on its Italian distributor's stand, Rammit (which is also a distributor for ALLU screen/crusher buckets and Liedlbauer crushing systems.).

Italian crusher manufacturer, Guidetti, will feature a new version of its medium sized unit, the ME F-520, which will be displayed equipped with a conveyor belt.

Many of the leading major construction equipment manufacturers will also be displaying their products at Samoter. Aside from new machine launches, there is some important company news concerning the rebranding of Case New Holland (CNH) product lines. Originally, five brands made up the group, but this has now been rationalised to two – Case and New Holland (see this month's equipment section for the full story).

And so to the new. Among the full size excavators on display will be two designed for demolition applications that will definitely make a visit to the PMI stand worthwhile. The 40 ton PMI 2040 can work to heights of 22 m (72) and the PMI 2030 28-32 ton machine can reach up to 13.5 m (45). However, PMI told D&Ri that it is possible that only the boom of the 2030 will be on display, although it hopes to have the complete machine ready in time.

Komatsu, meanwhile, has added a new high reach demolition specification to its PC450 Dash 7 Long Carriage model through the use of a three-segment boom with a maximum reach of 25 m (82). This allows the machine to be used from full reach right down to ground level, eliminating the need for a second, smaller machine for low-level work.

In the midi class, JCB will be displaying its new JZ140 14 tonne zero tail swing excavator, fitted with a full size cab, and a redesigned backhoe loader that is the first to feature JCB's own four cylinder diesel power plant. Ingersoll Rand is another launching a new mid-sized excavator in the form of its Bobcat compact 444 12.5 tonne machine at the top of its midi range (also on show will be the new conventional drive version of the 430 zero tail swing machine as well as the new S205 skid steer). Mecalec will also be introducing a new excavator, a monoboom version of its 714N 13 ton mutli-purpose machine, which is available either on wheels or tracks.

Hyundai will be using Samoter to show 10 models in Europe for the first time, covering skid steer loaders and mini excavators. Yet more compact equipment will be on show, including three new models from Imer, the 14NXT, 16NXT and 18NXT (the latest evolution of the company's 1.5 ton range) and another mini excavator from Hinowa in the shape of the TT1350.

And finally, if you are in the market for personnel access solutions, a visit to the CTE SpA stand may prove of interest. Italian dealer for Genie Industries, CTE will be host for one of the first appearances in Europe of Genie's new Z-135 articulated self-propelled boom, the largest of this type to be launched in some years. And then there is the dumper transportable tracked aerial platform from Hinowa, the Goldlift 8.35

Bobcat, part of Ingersoll-Rand, will be launching a new mid-sized excavator at the show. The Bobcat compact 444, at 12.5 tonnes is at the top of the company's midi range of machines.

There will naturally be plenty more machines to see on the various other stands from the likes of Caterpillar, Case, New Holland and Ammann, so take your time on the show ground and you will be sure to find plenty to interest you at the 26th Samoter show.