A body has been found at the former Didcot power station in the United Kingdom, six months after part of the building collapsed.

The body, which has not yet been formally identified, was discovered on August 31.

Workers at the site formed a guard of honour as it was driven away in the early hours of the following morning.

The tragedy occurred on February 23 when part of the boiler house, which was due for demolition, collapsed.

Three men – Ken Cresswell and John Shaw from Rotherham in the north of England and Chris Huxtable from Swansea in south Wales – have been missing ever since.

The body of a fourth worker, Michael Collings from the north east of England, was found at the time of the tragedy.

Recovery works were held up for several weeks before the building was finally demolished – using remote controlled robots due to the precarious nature of the structure – in mid-July. 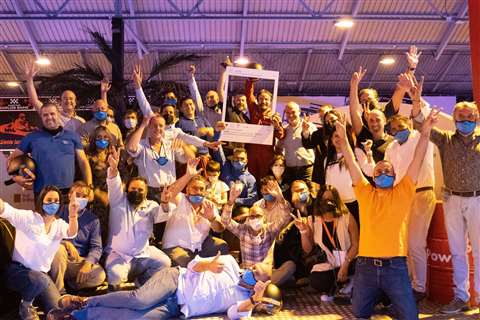