Despite the negative impact of Covid-19 on United Rentals’ revenues in the second quarter of 2020, the US-based giant has remained profitable and has reintroduced full-year guidance. It forecasts capex to be a fraction of last year’s spending.

Total revenues of $1.9 billion were achieved in the second quarter, including rental revenue of $1.6 billion – down 16.2% year-on-year.

Matthew Flannery, the company’s CEO, said, “We’re pleased with our second quarter results, which reflect both the flexibility and resiliency of our business model.

“Our employees did an outstanding job of executing our cost initiatives, while helping our customers operate safely in the midst of the pandemic. I’m inspired by our team’s commitment to our company and the communities we serve.”

United’s response plan continues to focus on the five work streams previously reported on. These include employee safety and well-being, supporting customers, aggressively managing both capital expenditures and costs, and maximising liquidity.

While the company’s second quarter results were significantly impacted by the pandemic, the response plan was said to have helped mitigate the impact.

Fleet productivity was down 13.6% year-on-year, reflecting the impact of Covid-19 on volumes.

However there were signs of improvement during the quarter; “We saw a steady recovery in volume beginning in mid-April, which gave us good momentum into the start of our busy season,” said Flannery. 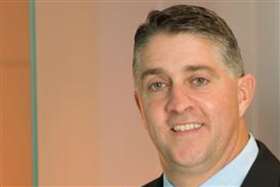 He added, “While visibility is still limited, near-term indicators suggest that the second half of 2020 may track to seasonal patterns in the majority of our markets.”

Based on this, United has reintroduced full-year 2020 guidance.

Meanwhile, adjusted EBITDA is forecast to be between $3.6 and $3.8 billion, down from $4.36 billion last year.