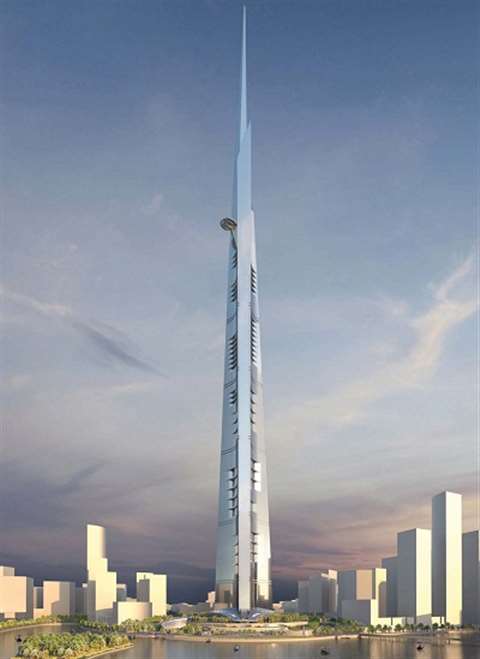 The Jeddah Economic Company (JEC) has appointed a joint venture between EC Harris and Mace to project manage the Kingdom Tower project in Jeddah, Saudi Arabia. The Kingdom Tower will be the tallest building in the world at over 1 km high.

The joint venture will provide project, commercial and design management for the US$ 1.2 billion scheme, which will have a total construction area of over 500,000m2. The mixed-use building will include a five star hotel, serviced apartments, office space, condominiums and an observatory that will be higher than the world’s current highest observation deck. Above-ground construction is due to start later this year and is due for completion within 63 months.

Waleed Abdul Jaleel Batterjee, CEO of JEC said, "The vision of constructing the tallest tower in the world in Jeddah belongs to HRH Prince Al Waleed bin Talal. His vision is also that the project itself will set the world’s sights on our beloved Kingdom of Saudi Arabia and particularly on Jeddah. Furthermore, the project will help create hundreds of jobs for our Saudi countrymen.”

Mr Batterjee added that JEC is also in the final negotiations for the appointment of quantity surveyor for the project, which will also be a UK based company.

Keith Brooks, head of property and social infrastructure at EC Harris said, “We are delighted to be on the team to deliver this iconic project. The Kingdom Tower is a landmark building that will clearly demonstrate Saudi Arabia’s ambitions to the world.”

The Kingdom Tower is intended to be the centrepiece of JEC’s US$ 20 billion Kingdom City development which will be located to the north of Jeddah, overlooking the Red Sea. The Kingdom City will consist of over 5.3 km2 of urban development and it will include residential, commercial, hotel, offices, retail, educational and commercial centres as well as inland water features.

An interdisciplinary team led by Adrian Smith + Gordon Gill Architecture (AS+GG), based in Chicago, US created the design of the Kingdom Tower. Adrian Smith + Gordon Gill were appointed architects on Kingdom Tower in 2011. This was followed by the appointment of Dar Al-Handasah as the supervision consultant, Bauer as piling contractor and Saudi Bin Laden Group (SBG) is the main contractor.

The client body, JEC, is owned by a series of Saudi businesses and individuals. Investment company Kingdom Holding Company, which is controlled by Prince Al Waleed Bin Talal, a grandson of Saudi Arabia's founder, Ibn Saud, has a 33.35% stake. Main contractor SBG has a 16.63% share. Abraar International Holding Company has a 33.35% stake and Saudi businessman Abdulrahman Hassan Sharbatly owns the remaining 16.67%.