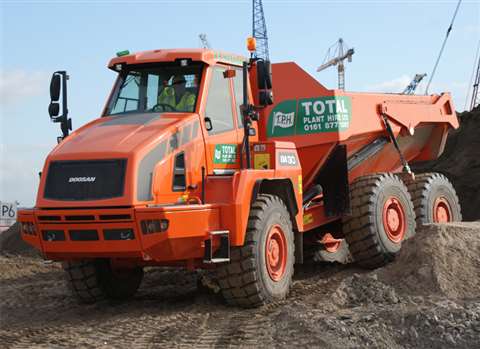 Sales of articulated dump trucks in the UK are expected to regain the record highs seen in the mid-2000s as a result of the HS2 high speed rail project, according to a new study by specialist consultant Off-Highway Research. This impetus will come on top of the improvements seen in demand over the last four years to take sales above 800 units per year by 2021.

This is one of the key findings of Off-Highway Research’s new Equipment Analysis on the UK dump truck industry. The study also covers rigid haulers, but in contrast to the articulated sector, this segment is suffering unprecedented weakness. As a result, articulated dump trucks have accounted for over 95% of off-road hauler sales in the UK since 2014.

Although rigid dump truck sales may improve in the coming years, the preference for articulated machines and the forthcoming HS2 project will see the current split in the market endure.

“The Government has announced that the HS2 rail project will begin in 2018, for which the government has said that up to 700 articulated dump trucks will be required during the building phase. They are expected to be bought over a three to four year phase starting in 2019,” said the report.