Up to 100 workers are feared to have been killed when a giant chimney under construction at the Balco power plant in Korba, India collapsed during a storm.

The number of bodies so far recovered sits as 36, but many more are yet to be pulled from the rubble according to a local government official who said, "There is very little hope of finding anyone alive below the debris, but we will continue the rescue operation through Friday."

The rescue effort has been hampered by a lack of reliable records about the workers, many of whom were migrant labourers from neighbouring states. At the time of the collapse, it is thought many of the workers were sheltering from the heavy rain in and around the Chimney.

General Secretary of the workers' union at Balco, Vinod Sharma said, "Nine workers had been found alive and were now in hospital, but all the others were either still missing or confirmed as dead. It is a major tragedy and very sad for the poor families," he said.

A government official said that an investigation has been launched to establish whether the company was using low quality materials for the construction of the chimney.
Natural disasters Construction
Related Articles 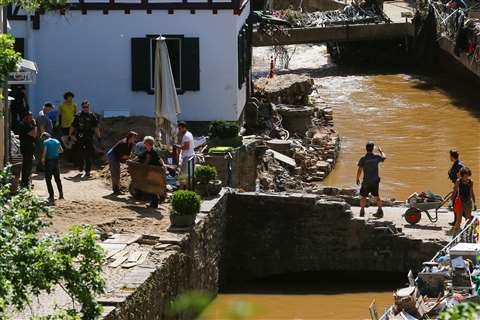