Industry’s trailblazers take to the classroom

In the context of the academic throughput of its host provider, the Master of Science (MSc) course in demolition management launched in the United Kingdom last September barely registers.

With a cohort of fewer than 20 students, it fits easily into the 500-strong student body of the University of Wolverhampton’s department of the built environment in which it sits.

Extend that to the 1,000 within the school of architecture and the built environment and it struggles to scratch the surface. Against the almost 5,000 individuals who make up the faculty of science and engineering, it is barely a speck on the horizon. 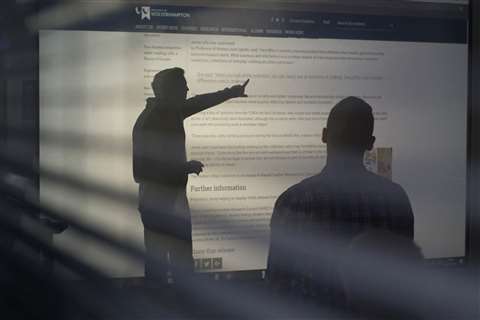 Take it in isolation, however, and the story is rather different. Few courses – at Wolverhampton or anywhere else – running in the 2017-18 academic year can claim to be the first of their kind for a whole continent.

But that is the reality of the Wolverhampton experience. To replicate it anywhere else would mean travelling to the USA. And with the demolition master’s degree being a part-time course that requires physical presence on site once a week, and a delicate balancing act with the day job into the bargain, a 10,000-km round trip commute every seven days was never really an option.

The man given the task of making it all happen is senior lecturer and course leader David Oloke.

“My role is course management,” he says.

“I make things go according to plan. Dr Paul Hampton, the head of built environment, manages the whole department and I work closely with him. The programme has come out of a need for a qualification in the industry and the university has been directly involved in setting it up along with the Institute of Demolition Engineers (IDE), with whom we have a long-standing relationship.

“My background is in civil engineering. When the offer to develop the demolition programme came up, I saw it not just as being a niche programme. It was giving us the opportunity to work with the IDE to take a lead in something that was unique.”

Even in a university with many international and mature students, David has a sense of something special taking place. 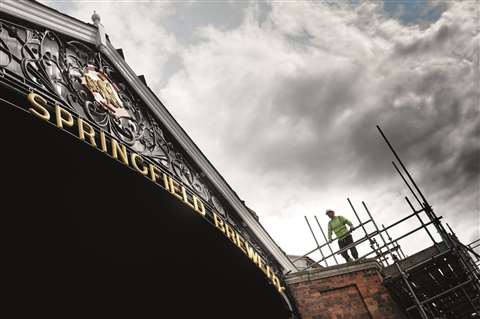 The trail in question, for these first students to follow it, involves travelling to Wolverhampton for the teaching part of the course on most Thursdays during term time.

The only exceptions are if a “reading week” is taking place.

When they are on campus, a typical day starts at 12 noon and ends around 7pm, though as with any academic qualification the workload does not end there. Some weeks can mean around 30 hours of additional, home-based research.

Being situated in the English midlands, close to the city of Birmingham, means that Wolverhampton is one of the more central venues that the course could have been placed in and consequently one of the easier locations for the diverse student intake to reach. It is more accessible for most students, for example, than London or the south-east would have been but nonetheless it is still a big investment in time. David Oloke says he is delighted with the students who have made it.

“It’s a very good mix of contractors – one of the most contrasting groups of people you could get in a classroom. They add value and can learn things from each other. People who are not students themselves don’t realise how much is involved in doing an MSc.”

The course has been designed so that while some elements of it are the traditional modules common to all MSc courses – research methods are very important; whatever experience the students may have, not being able to document their research is like answering a mathematics question without showing the working out. Meanwhile, the technologies and management sections are strictly demolition-specific. With its links to the IDE, the university has been able to assemble a group of visiting lecturers resembling a “who’s who” of the industry – including Dick Green, Terry Quarmby, William Sinclair and John Woodward, as well as structural engineers such as John Harris.

“It’s a bonus to have industry practitioners with such substantial experience,” says David.

In their second year, the students compile a dissertation. The typical length of this is around 30,000 words, about the size of a 120-page paperback novella, and even then the dissertation accounts for only one-third of the total marks on offer during the two years.

In recognition of both the students’ higher than average experience of their subject and the demands on them outside the academic environment, the university is accepting dissertations based on case studies and real-life demolition situations. It is welcome news given the unrelenting requirements of the course and the fact that the students are drawn from an industry which at times has tended to favour on-the-job training passed through the generations rather than formally recording procedures in writing.

“I have a bit of a construction background and I know the importance of justifying your research, even if you know how something works. I went to IDE seminars and I saw the amount of quality work in demolition that is going on. We are asking people to demonstrate that professionalism at master’s level and document it officially,” says David.

He adds that if the master’s degree ever goes international it will be “demand-led” and dependent on a business case for it. But one area where the university is already active is in looking to set up a foundation degree in demolition, again with IDE support. Just as the wider industry is embracing sustainability and the circular economy, so Wolverhampton has an eye on the future as well.

I see the course as cementing my knowledge of demolition with an academic qualification. I’ve been in the industry since I was 16 and I’m now 32. I started as a labourer but later got some responsibility and gained a health and safety qualification.

I always wanted to further my education. Even though I had worked in the industry for 16 years, I did not have any qualifications to match that experience.

I looked around for a while to find a relevant course, but there was nothing on offer. Then I read about a new course the IDE was developing with the university. It was a light bulb moment, a chance to see if I am capable of achieving a degree.

There is a lot of studying at home and I’m married with children so I’m trying to find some quality time as well.

I travel in from Widnes in the north west [just under 250 km return trip] so it is a big commitment. I’m learning how to research and this is my biggest challenge; I can see a lot of work on computers ahead.

I am doing the course because it’s a first and I am quite a curious person. The other reason is I ran out of school at 16 with practically no qualifications. This is a challenge to myself.

I started in September last year and found the balance difficult. I had made appointments that could not be changed, speaking at the World Demolition Summit in London being one example, and it’s still a struggle to keep Thursdays free. The university does offer one-to-one catch up classes, though.

Travelling [a 430 km return trip from London] is tough but the support of the team at my company has been fantastic.

The course is around two-thirds “show and tell” from lecturers and one-third student input. My dissertation will be on waste in demolition. It is my area, though I would try something new if I had time.

The planned foundation degree is welcome and overdue. When people look at projects like the HS2 rail link, nobody ever discusses what’s being demolished.

Demolition needs to attract new blood and if it doesn’t share its skills, those skills are in danger of vanishing.