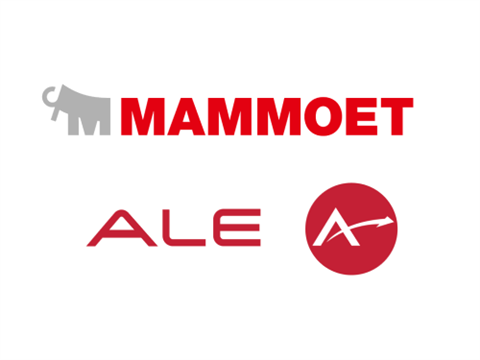 The transaction is subject to gaining approval from the relevant competition authorities and was for an undisclosed sum.

Commenting on the deal, Paul van Gelder, Mammoet CEO, said, “We are very happy with this agreement. Mammoet and ALE complement each other in geographical presence on all continents. Together, we have a well-balanced portfolio of activities worldwide. This enables us to improve our service proposition and create synergies, as we are able to mobilise equipment and personnel swiftly anywhere. Last but not least, Mammoet and ALE both have a strong legacy in innovations which, once combined, will enable us to grow as a technologically leading player.”

For ALE, Mark Harries, group managing director, said, “Mammoet and ALE share a strong ambition to be leading in the engineered heavy lifting and transport sector. Both companies have a strong track record and are renowned for their craftsmanship, innovations and fleet of equipment. We both have shaped the profession of heavy lifting and transport through numerous innovations in the past decades. The prospect of the two companies joining forces is very exciting.”

Until the deal closes the two companies will continue to operate independently of each other. International bank ING was financial advisor to Mammoet. 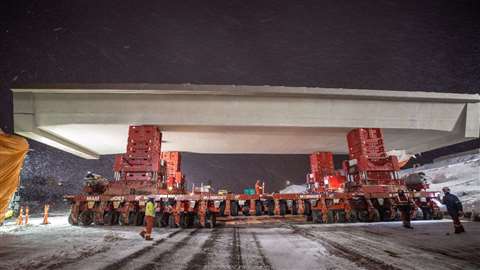 Mammoet is owned by SHV, a privately held Dutch investment company. SHV was founded in 1896 following the merger of coal trading companies. It now consists of seven companies. Net sales for SHV in 2018 was Euro 20.1 billion (US$22.5 billion), up 1 percent from the €19.9 billion ($22.3 billion) of 2017. Mammoet accounts for more than €1 billion of that total and employs 4,600 people worldwide.

Mammoet has been at the top of the International Cranes and Specialized Transport magazine IC50 ranking of the world’s largest crane-owning companies since the launch of the league table which is now in its 24th year. In recent years ALE rose rapidly to third place in the table. Combining the equipment fleets of both companies will make the new entity’s lifting capability close to double that of its nearest competitor, Sarens, in second place. 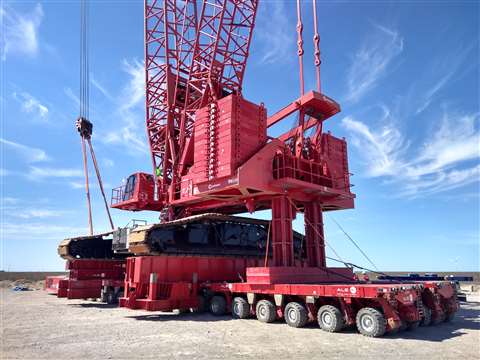 ALE was formed in 1983 in the UK. Its first major expansion abroad was Abu Dhabi to work in oil and gas throughout the United Arab Emirates. Mark Harries was appointed managing director in 1995. The 4,300 tonne capacity, 190,000 tonne-metre-rated AL.SK190 super heavy lifter was launched in 2008 with the second unit appearing in 2011, the same year in which the Mega Jack system was launched. Expansion in 2012 saw offices open in Brazil and Iraq. Joint-venture agreements were announced in Australia, Canada, and the Philippines.