Mecalac Group has announced it will take over production of a range of compact wheeled loaders, currently being manufactured by Pichon, on 1 January next year. 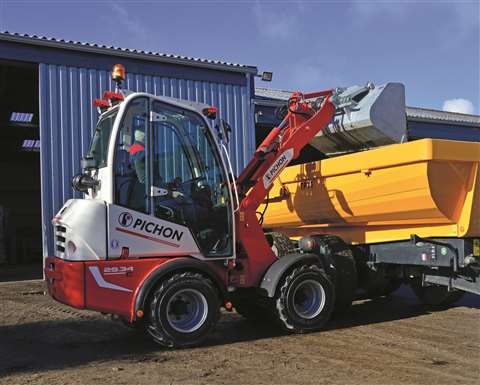 Based in Landivisiau, France, Pichon said it would cease production of that range of machines in order to concentrate on its core business: agricultural machines dedicated to the transport and spreading of liquid and solid materials.

The wheeled loader range includes six machines, ranging from 19 to 55kW, and Mecalac said it would complement its existing range of wheeled loaders, currently produced at its production plant in Germany. The machines will be distributed under the Mecalac brand outside of France, through Mecalac Group’s worldwide dealer network. This will take place during 2019, after EU Stage V begins.

The two companies have also reached an agreement under which the wheel loaders will be distributed in the colour and under the brand name of Pichon in France, allowing Pichon to maintain its business in the agriculture sector.