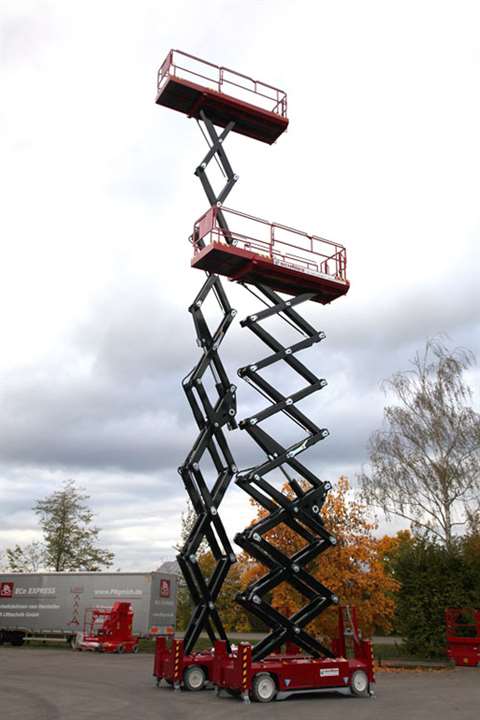 The order includes two PB MB112-10EC telescopic vertical masts, delivered at the end of August from PB’s base in Oberbechingen, Bavaria, to Schares’ headquarters in Bocholt, North Rhine-Westphalia.

The PB MB112-10EC, sold under the PB brand name and manufactured by Dingli, has an 11.2m working height and a load capacity of 200kg. Driven by an electro direct-drive the machine can be used indoors with up to two workers and offers 3m horizontal outreach.

In recent days the second part of the order, a pair of narrow PB S171-12ES scissor lifts, were delivered to Schares, again painted in the company’s black livery. They have 17.1m working height, a 450 kg load capacity, along with the slim 1.22m width. The model also includes the self levelling PB-patented outrigger system

Tim Schmeinck, head of Arbeitsbühnen Schares, said, “We chose PB because the machines with their parameters fits perfectly in our fleet of machines.“