Revenues up for Herc

Herc Holdings has reported an increase in both total and equipment rental revenues in the first quarter of 2019.

The 2.3% rise in equipment rental revenues to US$377.6 million, compared to the first quarter of 2018, reflected a strong year-on-year improvement in pricing, partially offset by strategic reductions in re-rents designed to drive margin improvement. 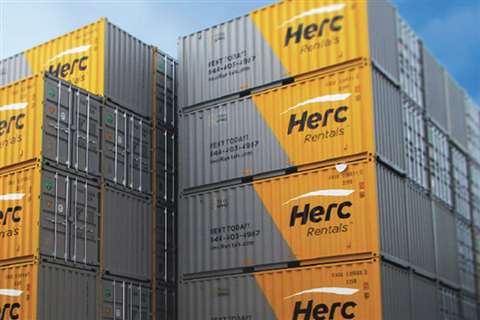 The 10.3% growth in total revenues to $475.7 million was helped by a strong used equipment market as the company continued to focus on improving equipment mix and reducing fleet age. Average fleet age dropped to approximately 46 months as of the end of March, 2019, compared to about 49 months at the same time last year.

Although the company made a net loss of $6.7 million, this was an improvement on the $10.1 million loss made in the first quarter of 2018.

The company’s adjusted EBITDA (earnings before interest, taxes, depreciation and amortization) increased by 7.2% to $142.3 million, compared to $132.7 million in the equivalent period of 2018. This was primarily attributed to improved pricing and lower direct operating expenses. For the 12th consecutive quarter, pricing improved year-on-year – on this occasion by 3.8%.

“Our strategic initiatives continued to drive profitability in the first quarter,” said Larry Silber, President and CEO of Herc. “We are seeing improvement in demand for rental equipment in the second quarter consistent with the seasonal ramp up in the spring. Current levels of demand combined with positive industry metrics and our continued execution of revenue and cost initiatives reinforce our confidence for another strong year. Given our current outlook, we are affirming our adjusted EBITDA guidance for the year.”

Herc’s 2019 adjusted EBITDA is forecast to grow by between 7 and 11% to be between $730 and $760 million. The company is also expecting net fleet capital expenditure to be lower than in 2018.