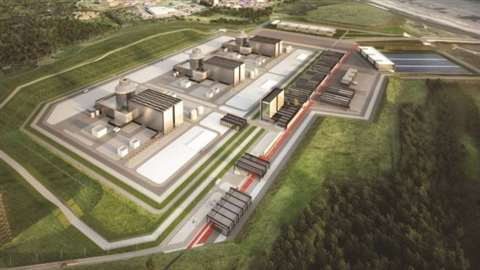 Toshiba has decided to wind-up its UK nuclear construction operation NuGeneration (NuGen) after failing to find a buyer for it. According to the company, the wind-up process will start by the end of January 2019.

A statement published by Toshiba said, “After considering the additional costs entailed in continuing to operate NuGen, Toshiba recognises that the economically rational decision is to withdraw from the UK nuclear power plant construction project, and has resolved to take steps to wind-up NuGen.”

This is regarded as a significant set-back for the UK government’s plans to develop next-generation nuclear power as part of its shift to a low-carbon economy.

The Moorside reactor was expected to deliver 7% of the UK’s electricity needs from 2025, and the scheme had been projected to create between 14,000 and 21,000 jobs over the lifetime of the project, including peak on-site employment of more than 6,500.

Korean-based Electric Power Corporation had been a preferred bidder to take over the nuclear power plant project. However, after more than a year of negotiations, a deal could not be secured.