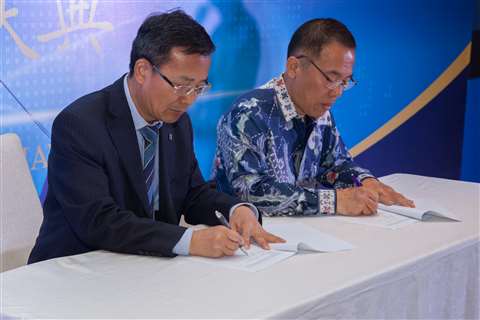 XCMG has officially launched its new XCMG Indonesia operation, with a grand opening ceremony in Jakarta.

The Chinese manufacturer says it aims to develop a local network of distributors and increase its influence in the Asia Pacific region.

One of the key elements in China’s ‘Belt and Road’ initiative, Indonesia is also a founding member of ASEAN (the Association of South East Asian Nations) and the largest economy in the region. XCMG has stated that it sees the country as an extremely important overseas market for its global expansion ambitions.

In both 2015 and 2016, XCMG increased its exports to Indonesia by more than 100%, and the firm has been actively involved in a growing number of engineering and infrastructure projects.

Sales down in China, but up overall for Volvo CE
Despite a decline in China, Volvo CE sees sales grow 11% in third quarter of 2021
Latest News