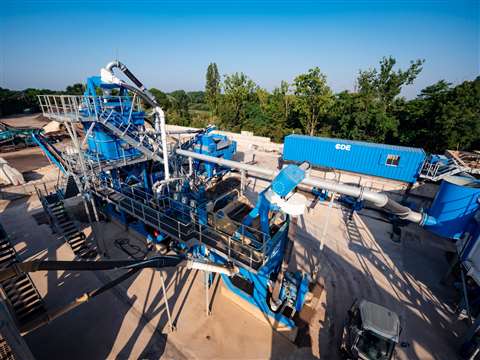 The company, which is based to the south of Paris and provides recycling services to construction contractors across the region, invested in a wet processing plant manufactured by CDE Global.

Capable of processing 135 t of waste material an hour, Sodextra’s new plant is being used to produce six sand and aggregate products, and is enabling it to “recover up to 70% of incoming inert construction, demolition and excavation waste”.

The plant comprises CDE’s AggMax modular logwasher setup for scrubbing and sizing and the EvoWash sand classification and dewatering systems, which include the manufacturer’s integrated Infinity Screen and Counter Flow Classification Unit (CFCU) for density separation.

According to CDE, it was installed after more than two years of site audits, sample testing and lab-based research on the area’s materials. 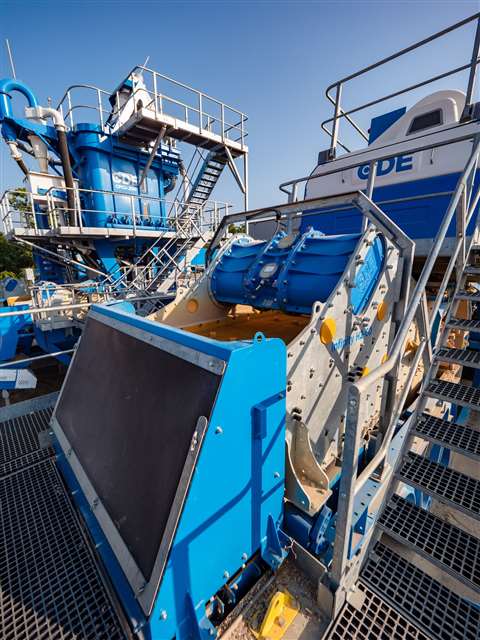 The detailed design specification of the plant was developed and finalised through collaborative workshops between Sodextra and CDE teams.

“These are very high-quality materials that are similar to natural materials.

“Today, the CDE installation allows us to recover 70% of the waste and to create new materials that are reused in construction sites throughout Greater Paris.”

Among the plant’s standout features is its sand treatment capabilities, which were described by CDE as “a first in Europe” for this application.

CDE’s business development manager for France, Marc Sopransi, said: “Its originality lies in the fact that the solution uses technologies usually used in the treatment of industrial sands.” 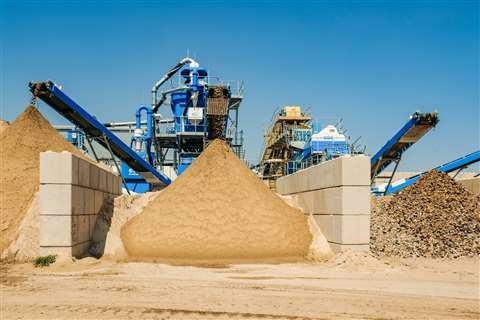 According to CDE, the wet processing facility it designed for Sodextra also recycles up to 90% of the process water is uses, to minimise water consumption and pumping and energy costs.

“After feed material has been washed and classified, the waste water is sent to the AquaCycle thickener system,” said CDE.

“Here, a small amount of polyelectrolyte flocculant is added to the water via an automatic dosing station which forces fine particles to settle on the bottom of the thickener tank.

“The clean water on the top overflows the weir and is stored in the AquaStore tank before being re-circulated around the plant. The result is a highly efficient water recycling system that requires only a 10% supply of top-up water.

Prior to the plant’s installation, Sodextra’s biggest challenge was treating highly variable waste coming into the facility. 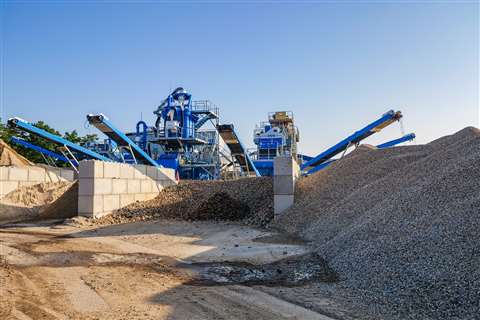 Sacha said: “We used to screen the soil and we could recover about 20% of the pebbles which were reused in our crushing plant. The remaining 80% was dumped.”

According to CDE, the amount of material the company is able to recover - now thought to be in excess of a million tonnes per year - means it is now able to gain access new market segments.