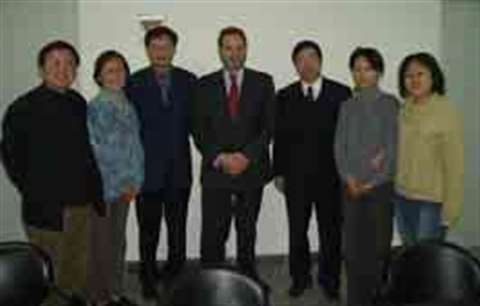 I have very much enjoyed my first year as MD and want to thank all the members and staff that have offered me their support and views on IPAF.

We have a tremendous membership base in the UK and a rapidly increasing membership across Europe and North America. I am pleased also to have met some Asian members during my recent trip to Shanghai and to have had contact with members in Australia during the year.

Our Training Centres trained more than 40,000 operators in 2004, which is a new record for IPAF but still a drop in the ocean considering how many new platforms are delivered each year. PAL Cards are now being issued in Dutch, German, Italian, Spanish, Portuguese and English (as well as American English). IPAF staff have done great work to keep on top of this and to maintain our rapid turn around.

There were several significant events for IPAF in 2004. We ran our first training courses in the USA, under the auspices of our daughter company AWPT. The Aerial Platform Safety Conference in Dallas Texas, co-sponsored by AWPT, was a major success with around 200 participants.

In the UK the IPAF Summit was a great event, with the Work at Height Regulations firmly on the agenda. We have had, and continue to have, extensive discussions with the Health & Safety Executive about the impact of these regulations. We are also involved in the revision of EN 280, the European standard that governs the design of platforms.

In Italy, we have had extensive discussions with local authorities both on new legislation about operator training and problems with recognition of CE marks. During my visit to China we held discussions with Chinese authorities on the introduction of similar standards and also on regulations regarding importing used equipment.

A highlight of 2004 was our presence at the Bauma fair in Munich. IPAF had a 5500 square metre demonstration area in which members and staff showed off the latest technology and safety techniques.

The launch of the IPAF Telescopic Handlers Committee was a significant step, and the Manufacturers Technical Committee continues to be strong. I am also happy to see the increasing use of the IPAF Terms and Conditions that are written specifically for this industry.

Looking ahead, 2005 will see a range of new services for members, on which more news will follow shortly. Perhaps the most significant, however, is the rolling out of the IPAF Rental+ scheme, launched last year at the initiative of members. IPAF Rental+ is a quality mark, audited by IPAF, that shows that the company concerned meets more than the minimum legal standards and will offer a quality enhanced service. Preparations have now been completed and the first audits conducted to allow the programme to go live in the UK this year. There has already been sufficient interest in other countries to indicate that a wider roll-out will follow close behind.